Home>African Future>Pope appeals for peace in Ethiopia during Christmas message
By AT editor - 25 December 2021 at 4:02 pm 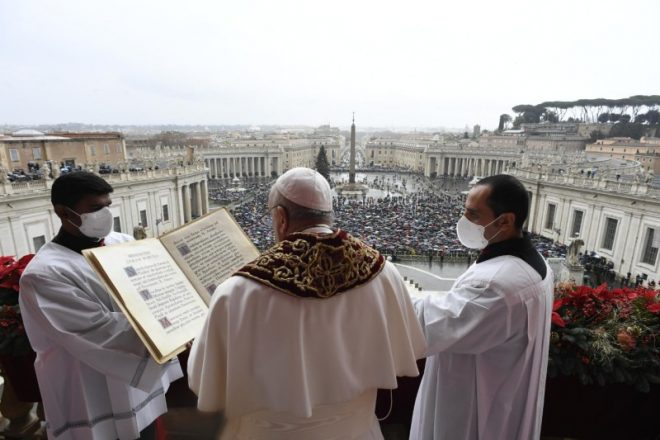 Pope Francis, speaking from Rome in his Christmas Day message, called on humanity to maintain a hope against the many difficulties of our time — the hope, he said, that is found “in the heart of the night” reflected in the story of the Nativity.

“Indeed, even as the message of the birth of the Savior, the source of true peace, resounds in our hearts and in the whole world, we continue to witness a great number of conflicts, crises and disagreements,” he said in his annual Urbi et Orbi message. “These never seem to end; by now we hardly even notice them.”

But the pontiff insisted that the world must notice them, calling on Christians to pay attention to the suffering caused by global conflicts. His message centered on the struggles of African nations among them.

“Prince of Peace, help Ethiopia to find once again the path of reconciliation and peace through a forthright encounter that places the needs of the people above all else,” the pope said.

“Listen to the plea of those living in the Sahel region, who experience the violence of international terrorism. Turn your gaze to the peoples of the countries of North Africa, tormented by divisions, unemployment and economic inequality.

“Alleviate the pain of our many brothers and sisters who suffer from internal conflicts in Sudan and South Sudan.”

The message followed a Christmas Eve service in which Pope Francis called on the faithful to have only one fear: that of offending God by our indifference to the poor and failure to respect human dignity.