Home>Health>Ethiopia files complaint over Tedros remarks on Tigray crisis
By AT editor - 14 January 2022 at 10:06 pm 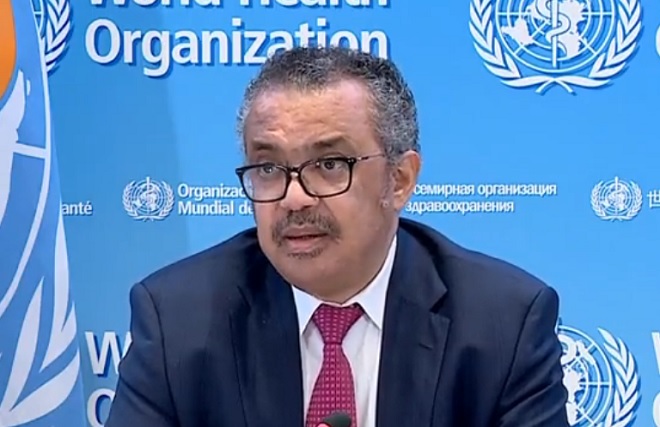 The Ethiopian government has filed a formal complaint with the World Health Organization, calling for an investigation of WHO Director General Tedros Adhanom Ghebreyesus because “he has not lived up to the integrity and professional expectations required from his office.”

A formal letter has been sent detailing the complaints against Tedros, according to a statement issued by the Ethiopian Ministry of Foreign Affairs on Thursday.

The letter says that although Ethiopia initially supported his successful bid to become the WHO director in 2017, recent comments over the ongoing crisis in the Tigray region and other parts of the country prompted the shift.

Tedros has spoken often on behalf of millions of Ethiopians in need of humanitarian aid, including remarks made during a Wednesday WHO press conference on Ethiopia, the COVID-19 response, and the frustrating attempts to deliver aid. He was joined by Mike Ryan, head of the WHO Health Emergencies Program.

Ryan said the United Nations has been unable to deliver life-saving medical supplies to Tigray since last summer, and called the situation an insult to humanity. The UN says that at least 108 people were killed by Ethiopian government drone strikes during the conflict so far this year, with countless others suffering or dead from the crisis.

Tedros said they were living under a de facto blockade and called for immediate humanitarian aid access.

“Nowhere in the world you would find a crisis like what you see in the northern part of Ethiopia,” said Tedros during the briefing.

In turn, Ethiopia has accused Tedros of spreading harmful misinformation and compromising WHO’s reputation, through “social media postings that openly endorse the terror perpetrated by the TPLF against the Ethiopian people.”