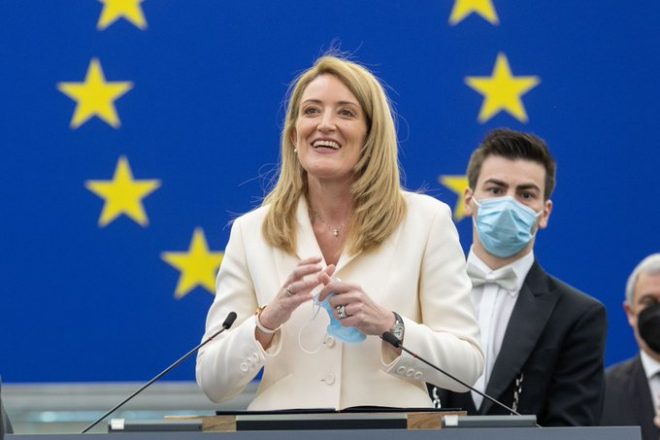 Metsola previously served as first vice president and is the youngest person ever elected to the EP presidency. An MEP since 2013, she is the first woman to hold the office since Nicole Fontaine’s term ended in 2002. The vote came on what was Metsola’s 43rd birthday.

She easily defeated Alice Kuhnke, a Swedish politician and former television presenter with Gambian roots. A third challenger, Sira Rego, is from Spain.

“The first thing I would like to do as president is to think about David Sassoli’s legacy. He was a fighter; he fought for Europe and for us, for this parliament,” said Metsola in her first address after the announcement.

She is known as a right-center politician who has worked previously on Mediterranean migration issues but now sees broader challenges as people cross borders over conflict, climate and economic opportunity.

Metsola is also a champion of the EU vision for Europe, and said people will look to the parliament’s leadership to protect democratic values.

“We must fight back against the anti-EU narrative that takes hold so easily and so quickly,” she said. “Disinformation and misinformation, further amplified during the pandemic, fuel easy cynicism and cheap solutions of nationalism, authoritarianism, protectionism, isolationism.”

Metsola, who was widely expected to be elected EP president, will serve until the next elections are held in 2024.