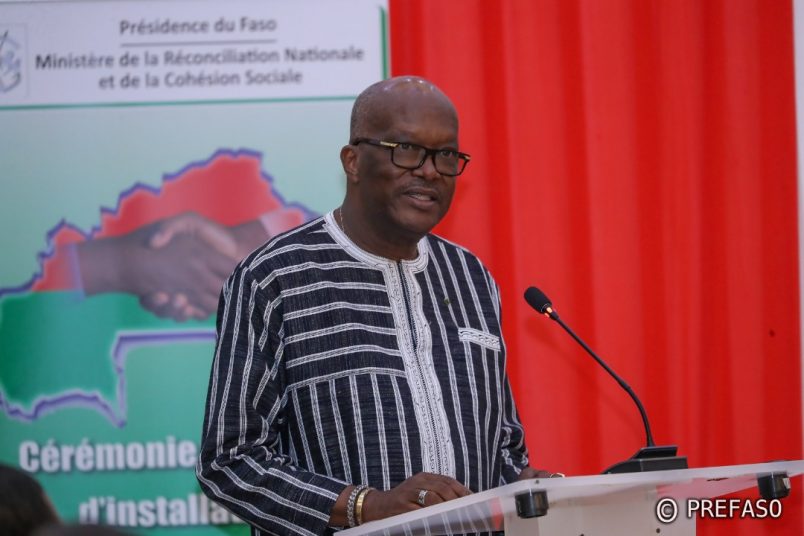 That’s according to national broadcaster RTB, which posted a copy of Kaboré’s letter late Monday. Earlier in the day, members of the country’s defense forces said that Kaboré had been removed from office during a broadcast. The news followed reports of gunfire near the presidential palace overnight.

The soldiers, calling themselves the Patriotic Movement for Safeguard and Restoration (MPSR), read a statement signed by Lt. Paul-Henri Sandaogo Damiba but it remained unclear who the actual leader of the movement was.

According to RTB, a later statement signed by Damiba said the secretaries-general of the country’s ministerial departments would be in charge until further notice.

The takeover followed protests in Ouagadougou over the nation’s failure to deter extremist attacks. Kaboré had sought to calm any uprising with an acknowledgment that Burkina Faso faced difficult times but needed to protect democratic rule.

“I invite those who have taken up arms to lay them down in the higher interests of the nation. It is through dialogue and listening that we must resolve our contradictions,” he said in a social media message just before he was detained.

The African Union, the Economic Community of West African States (ECOWAS), and various governments around the world have condemned any takeover by force and demanded to know where Kaboré is. In its statement, ECOWAS warned that it would not tolerate the military’s action and would hold it accountable for Kaboré’s safety.