Home>CUTTING EDGE>Musk's Starlink satellite launch fails due to geomagnetic storms
By AT editor - 9 February 2022 at 12:52 pm 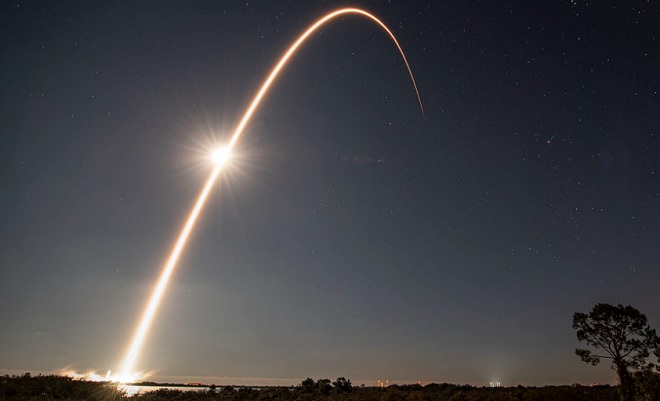 Nearly all of the Starlink satellites launched last week from Kennedy Space Center in the United States will, or have already, fallen back to earth because of a geomagnetic storm that interfered with their deployment.

The satellites, a part of South Africa native Elon Musk’s plans to improve communications around the globe, are typically launched in groups that often look like a constellation of stars themselves. In this case, 49 of the low-orbit satellites were launched from the Florida space site on the afternoon of Thursday, February 3.

While the launch itself went fine, geomagnetic storms that arrived the next day interfered with their operation.

“These storms cause the atmosphere to warm and atmospheric density at our low deployment altitudes to increase,” the company said in a statement. “In fact, onboard GPS suggests the escalation speed and severity of the storm caused atmospheric drag to increase up to 50 percent higher than during previous launches.”

While the Starlink team tried to keep the satellites in “safe mode” to protect them from the storm, their efforts failed. At least 40 of the 49 satellites were expected to fall back to earth, with some estimates putting the price tag at US$50 million. The company has not released any official data on the cost of the loss.

Starlink said the new satellites are designed to disintegrate rather than contribute to the ever-growing problem of space junk in the atmosphere. The company further assured that the “unique situation” of the failed satellites would not create a collision risk as they fell to earth.

Musk’s firm is authorized by U.S. officials to place 12,000 such satellites into orbit. However, the U.S. space agency, along with China and some other nations, have expressed concern about the risks they propose.