Home>News>Nigeria bans citizens from traveling to Ukraine as foreign fighters
By AT editor - 7 March 2022 at 9:45 pm 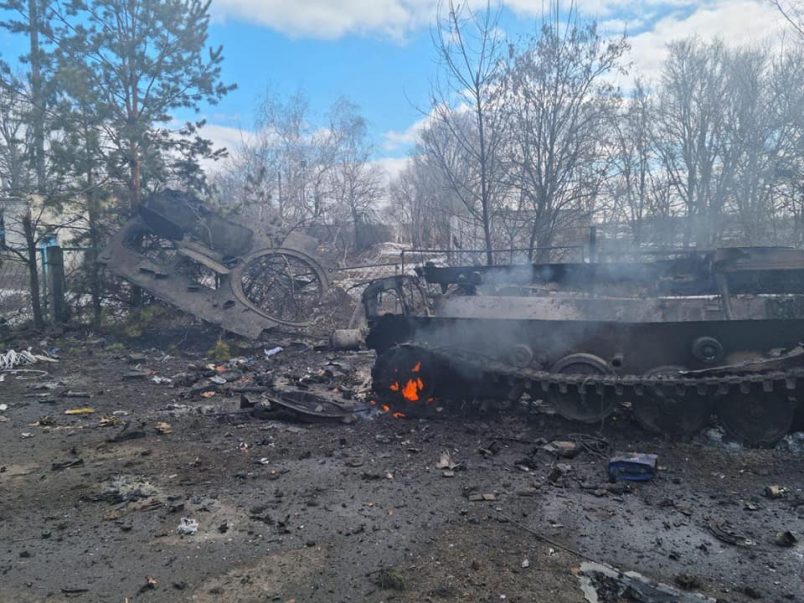 Nigeria on Monday said it was discouraging its citizens from seeking travel to Ukraine as foreign fighters in the ongoing war with Russia.

That’s according to the Ministry of Foreign Affairs, which said it heard reports that people were going to the Ukrainian embassy in Abuja to express their support for Ukraine and inquire about how they could sign up as foreign fighters. The embassy confirmed those reports when the foreign ministry inquired about it.

But the Nigerians say the embassy also clarified that the Ukrainian government is not admitting foreign volunteer fighters.

“As a responsible member of the international community and consistent with our obligations under international laws, Nigeria discourages the use of mercenaries anywhere in the world,” the Nigerian government said. “It will not tolerate the recruitment, in Nigeria, of Nigerians as mercenaries to fight in Ukraine or anywhere else in the world.”

The news comes amid reports that thousands of people, primarily Ukrainian men, were returning from other nations to take up arms to defend Kyiv and other Ukrainian cities and regions from Russian attacks. Fighters from foreign countries, including the United States, have traveled to Ukraine with plans to fight on its behalf. There are multiple reports, though far less confirmation, that Russian-affiliated mercenaries in Africa are returning to Ukraine as well.

Ukrainian President Volodymyr Zelensky has made multiple appeals for support during the nearly two weeks since Russia began its attacks on its southwestern border with Ukraine. There’s been little progress on key issues, including Russia’s territorial claims over Crimea and eastern parts of Ukraine, during several rounds of talks between Russia and Ukraine.