Home>African Future>South Africa-based expedition locates wreck of the Endurance
By AT editor - 9 March 2022 at 2:00 pm 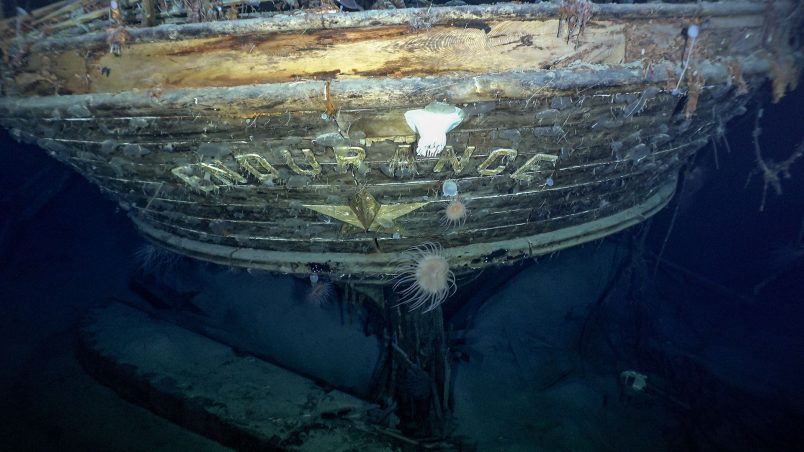 A team of researchers working from South Africa have located the century-old wreck of the Endurance, the ship commanded by Sir Ernest Shackleton in the Weddell Sea before it was crushed by ice and sank to the bottom.

The team worked from the South African polar research and logistics vessel, S.A. Agulhas II, led by Capt. Knowledge Bengu and owned by the Department of Forestry, Fisheries and Environment. It left from Cape Town in early February.

The confirmation from the Falklands Maritime Heritage Trust said Shackleton’s ship was found at a depth of 3,008 meters. It was about 6.4 kilometers (four miles) south of the last known position recorded by Captain Frank Worsley when the ship originally went down in 1915.

Some of the images that have been released to date show a fairly well-preserved Endurance, found in roughly the same area that the expedition team expected while still planning the journey back in South Africa.

“The wreck is protected as a Historic Site and Monument under the Antarctic Treaty, ensuring that whilst the wreck is being surveyed and filmed it will not be touched or disturbed in any way,” the trust said. The research team relied on hybrid underwater research vehicles, made by Saab, to complete its first survey of the site.

“We are overwhelmed by our good fortune in having located and captured images of Endurance.  This is by far the finest wooden shipwreck I have ever seen. It is upright, well proud of the seabed, intact, and in a brilliant state of preservation,” said Menson Bound, the British marine archaeologist serving as the missions Director of Exploration.

Bound called the discovery a milestone in polar history but made clear the related research is meant to protect future generations.

“We hope our discovery will engage young people and inspire them with the pioneering spirit, courage and fortitude of those who sailed Endurance to Antarctica,” Bound said. “We pay tribute to the navigational skills of Captain Frank Worsley, the Captain of the Endurance, whose detailed records were invaluable in our quest to locate the wreck.”

The team has also been filming a documentary of the expedition, set to premiere on National Geographic in Fall 2022.