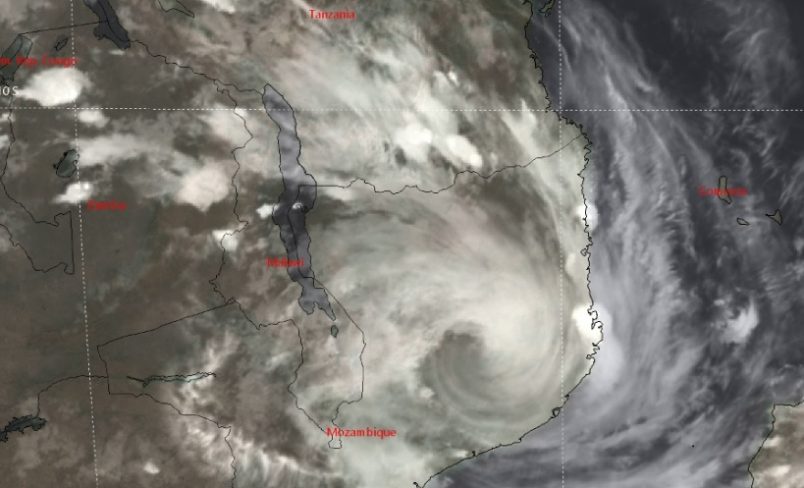 At least eight people have died in Mozambique after tropical storm Gombe made landfall on the coast of Nampula Province in the central part of the country.

Another two fatalities were reported by local media in the northern part of Madagascar, as the storm first swept through part of the southern Indian Ocean island nation before impacting the mainland, according to European Union relief services.

INAM, the National Institute of Meteorology in Mozambique, continued to issue warnings for the storm as Gombe brought heavy rainfall and flooding risks. All of Nampula and Zambezia provinces, as well as other parts of the country, were among at-risk areas placed under red warnings for what INAM said had quickly become a tropical depression.

The forecast for very heavy rainfall and flooding prompted warnings from authorities in parts of Malawi as well. The country’s Department of Water Resources warned people living in communities along most rivers in the Shire and Ruo catchment areas might see high water levels through Monday.

The tropical storm season has been active along the southeastern African coast. Previous storms, including Ana and Batsirai, have hit the same countries more than once and added to their economic and humanitarian aid challenges.