Home>Health>Saharan dust blasts across North Africa and into Europe
By AT editor - 15 March 2022 at 6:16 pm 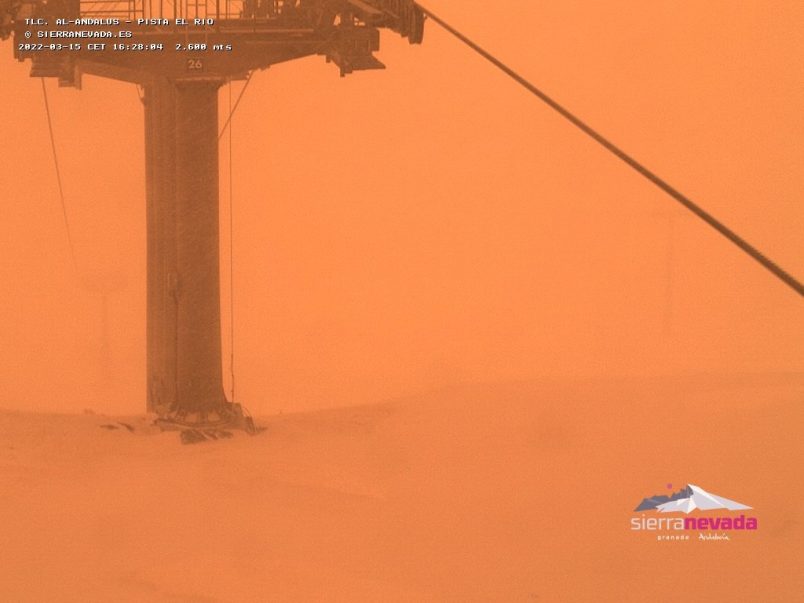 With an eerie orange glow, the normally pristine snows of some ski resorts in Spain have taken on an apocalyptic tone as an enormous cloud of Saharan dust from North Africa blows across Europe.

The dust storm is driven by winds from Storm Celia, which is affecting the Spanish-held Canary Islands. The British meteorological agency says strong southerly winds on the eastern side of the storm, over Morocco, are lifting dust into the atmosphere and into Europe.

That’s causing sand storms in Algeria. The storm was also responsible for a number of flight cancellations and delays, as well as heavy rains that fell across Spain and Portugal. Air quality across much of central Spain was considered extremely poor.

“We can see the Saharan dust moving north across Iberia and France on this satellite,” said the UK Met Office in a series of social media messages on Tuesday. “Whilst this dust is mostly about 2 kilometers above ground level, some deposits of dust may fall to the ground, especially during any rain in southern parts of the UK over the next 24 hours.”

By Tuesday evening, the dust cloud covered an estimated 1.8 million square km. Those locations included parts of Germany and Switzerland, as well as the Sierra Nevada ski resorts in Spain, where webcams livestreamed the orange-shrouded slopes.