Home>Commentary>South Africa flirts with e-cigarette tax which could set back the fight against smoking
By AT editor - 17 March 2022 at 10:31 am 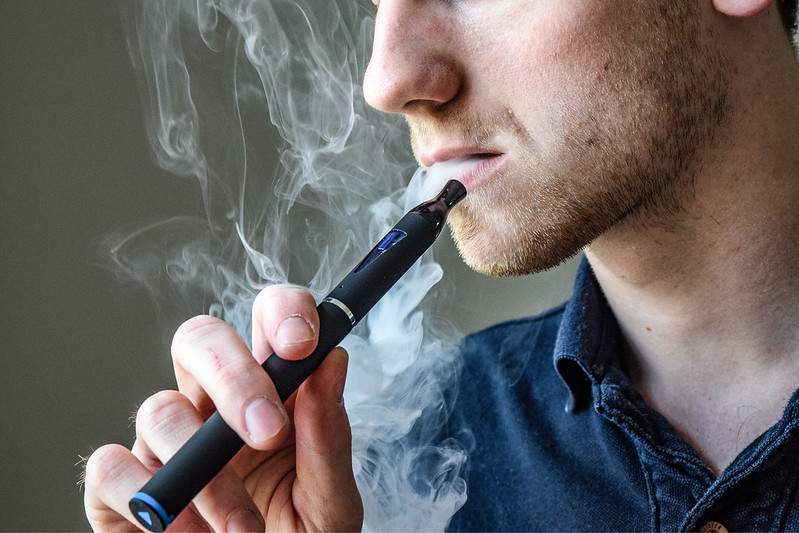 Public consultations recently closed on plans to impose an excise tax on e-cigarettes in South Africa, and the suggested policy proposals have already proven controversial. In particular, the South African government intends to introduce a new excise tax on e-cigarettes, applying the duty to both non-nicotine and nicotine solutions used in these devices. Thanks to piggybacking on existing policy guidelines related to other excisable products, users may expect to pay duties ranging from ZAR 33.60 to ZAR 346.00 per item, depending on the nicotine content and size of different products, an amount which could even be higher than the excise tax on a pack of cigarettes.

Harm reduction advocates have expressed their alarm over the proposed rules, which could see e-cigarette products regulated and taxed in a similar vein to combustible tobacco products. Indeed, for South African consumers looking to take advantage of less harmful alternatives to smoking, the planned vaping tax could mean the difference between life and death.

Smoking is a notoriously difficult habit to kick, despite the fact that the health risks associated with smoking have been exhaustively documented over decades of research. Smokers are at a significantly higher risk of developing cancer, heart disease, stroke, diabetes and lung diseases, while individuals exposed to second-hand smoke are at risk of stroke, lung cancer, and coronary heart disease.

The development of e-cigarettes, then, has paved a third road for smokers looking to end their dependence on combustible tobacco. More than a nicotine delivery system, vaping can help individuals fill voids left in their routine and social lives long after putting down their last cigarette. In fact, studies have suggested that smokers who turn to e-cigarettes are more than twice as likely to succeed in quitting as people who turn to traditional quitting methods, such as going cold turkey or using nicotine replacement products.

As such, South Africa’s proposal to impose an excise tax on e-cigarettes threatens to undo years of public health progress by making the technology less desirable for middle- to high-income smokers, and outright unaffordable for low-income smokers—something which could push vapers back to smoking, a highly illogical and undesirable policy outcome.

In fact, in proposing the e-cigarette excise tax, South African authorities have leaned heavily on arguments put forward by the World Health Organization (WHO), despite the fact that the WHO itself has drawn plenty of criticism for its own backwards stance on e-cigarettes, which has consistently failed to take into account the risk differential between vaping and smoking.

As experts have warned, the WHO’s intransigent stance on e-cigarettes is not in line with the available scientific evidence on the subject. For one thing, much of the WHO’s anti-vape stance is allegedly grounded in fears that non-smokers, especially young people, could become addicted to the devices; in fact, the available evidence points against this theory. Instead, efforts to curb e-cigarette use, such as a ban on flavoured e-liquids implemented in San Francisco, have actually been linked to a rise in teen smoking.

There can be little doubt that the WHO’s warnings over the health impact of e-cigarettes are painfully misguided. The organization has incorrectly linked a 2019 severe lung disease outbreak to nicotine-based e-cigarettes, and continues to turn a blind eye to evidence from studies that vaping is one of the most effective means of helping smokers quit for good and reports that the practice may be up to 95% less harmful than smoking.

The WHO’s stubbornness on the issue is particularly problematic given the outsized influence that the organization has on the low- and middle-income countries which are home to roughly 80% of the world’s smokers. Last year, the WHO even awarded special recognition to India’s health minister after he banned the sale of e-cigarettes—this despite close to 1.35 million Indians losing their lives to tobacco smoking every year and Indian experts warning that the only beneficiary of the e-cigarette prohibition was the tobacco industry.

High-income countries, too, have cited the WHO’s position while proposing new restrictions on e-cigarettes, such as a proposed flavour ban in the Netherlands which has already drawn ire over anticipated counterproductive effects, including the possibility that the restriction could drive as many as 260,000 Dutch people back to smoking. The mooted flavour ban, which could go into effect as soon as this July, has yielded major opposition from the Dutch population, with a public consultation netting a record 1,100 responses, 98% of which advocated against the ban.

The Netherlands seems determined to push on with the ill-advised ban regardless, however—though it may not take them long to realise that the measure is a public health own goal. Fellow EU member state Estonia already experimented with a strict ban on all e-liquid flavours other than tobacco flavour, and the negative consequences piled up quickly. Estonia, which ranks the third highest in Europe in terms of smoking-related deaths, already softened the restriction after it led to an uptick in smoking and a thriving black market in e-liquids, and is considering further amendments to allow still more flavours.

It’s emerging markets like South Africa, however, which are especially likely to suffer from the WHO’s so-called war on e-cigarettes, given that they may lack the resources needed to carry out their own independent reviews on the relative risks and benefits of e-cigarettes. South Africa’s reliance on the WHO’s misguided authority on e-cigarettes is to the detriment of smokers across the country.