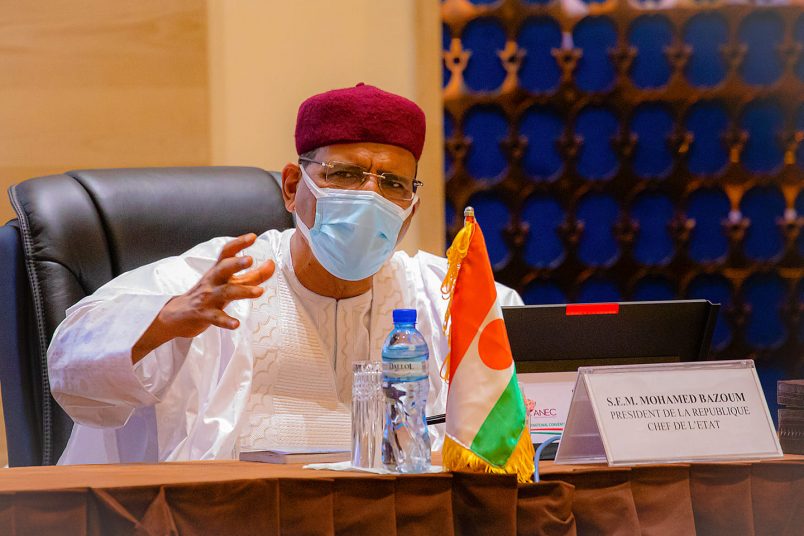 The president of Niger is raising a few eyebrows following his comments on the death of Mali’s former prime minister.

The 67-year-old Soumeylou Boubèye Maïga died in a hospital on Monday, having remained in detention under current Malian leader Assimi Goïta. Maïga was arrested in August, a year after the 2020 fall of the late Ibrahim Boubacar Keïta, over his role in buying a presidential plane during the Keïta era. Keïta died in January.

The Malian government says Maïga died in Bamako after a long illness.

But Nigerien President Mohamed Bazoum has publicly criticized the Goïta regime, suggesting that Maïga’s death was intentional because he was denied access to health care despite repeated requests and family appeals.

“His death in prison recalls that of President Modibo Keïta in 1977,” said Bazoum. “I thought that such assassinations belonged to another era. My condolences to his family and friends.”

Bazoum’s reference to the first Malian president recalls that Modibo Keïta, also removed from office through a coup, was imprisoned for years and did not live to see his release.

Bazoum told Radio France International that the Economic Community of West African States (ECOWAS), the regional body that’s been leading negotiations in Mali since Goïta took over, also pressured Mali to release Maïga for medical treatment but to no avail.