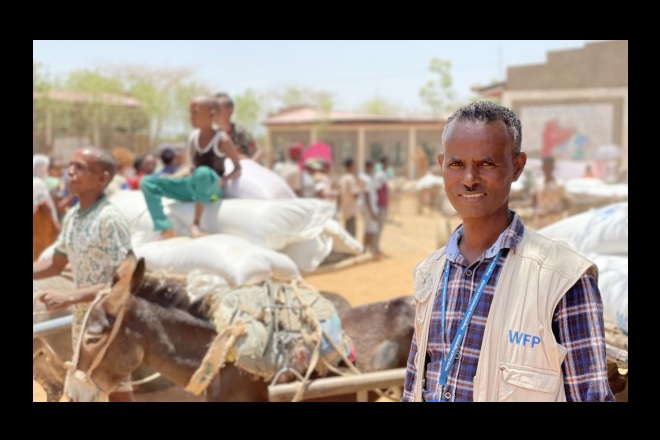 Ethiopia declared a truce in the Tigray region fighting on Thursday, citing the need for humanitarian aid that the government has long been accused of preventing or withholding.

“Thousands from the Tigray region are trekking into neighboring regions in search of assistance,” said the Ethiopian statement. “The government believes that the situation warrants urgent measures to ensure that those in need are able to receive aid in their localities.”

Foreign diplomats and international aid groups have called on Ethiopia for months to ensure access in the region, with many quick to welcome the news.

“The UK welcomes the Government of Ethiopia’s decision to announce an indefinite humanitarian truce, and to ensure unimpeded access of aid into Tigray,” said the British ambassador. “We call on Tigrayan authorities to reciprocate.”

More than 9 million people in the country’s north need emergency food assistance, according to a World Food Program (WFP) update this week. The WFP says less than 1% of its needed food stocks remain, and fuel is so limited that the shortage is making operations next to impossible.

WFP says the intensifying conflict and the presence of Tigray Forces in the Afar region have cut off resupply there since the middle of December.

“Only 35 percent of the people WFP is targeting have been reached during the current round of food assistance in the region, and distributions have been on hold since 15 February due to the lack of fuel and food supplies,” the WFP said.

It’s for this reason that Ethiopia says it will honor a truce in the fighting, which began in November 2020. However, Ethiopia made clear that the truce will only serve to support humanitarian work if it is reciprocated by the Tigray.

“The government calls upon the insurgents in Tigray to desist from all acts of further aggression and withdraw from areas they have occupied in neighboring regions,” the Ethiopian government said.