Home>Politics & Policy>Tunisia's Saïed extends power with dissolution of parliament
By AT editor - 31 March 2022 at 8:43 pm 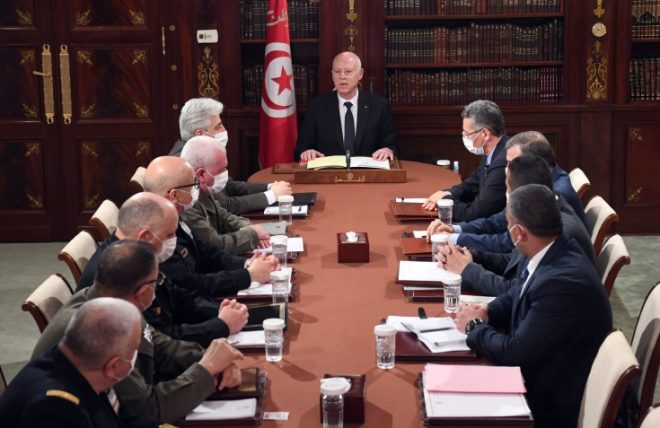 President Kaïs Saïed of Tunisia has officially dissolved the country’s parliament, some eight months after he consolidated his power by shutting down much of the government.

Saïed also threatened to prosecute any lawmakers who have opposed presidential rulings to expand his power, according to Radio France International. It’s the latest move in a series of increasingly authoritarian decisions from Saïed, who put an end to Tunisia’s independent judiciary in February.

Saïed was elected as a reformer in 2019, after campaigning on commitments to protect Tunisia’s evolving democracy. He replaced Beji Caid Essebsi, the 92-year-old Tunisian president who died that year in July. The elections followed the interim presidency of Mohamed Ennaceur, former head of the parliament.

Since that time, Saïed’s leadership has run counter to the initial enthusiasm over his promise that Tunisia would be governed by the rule of law, and that the North African nation’s hard-won political and economic gains would be advanced.

As Tunisia’s economic and security challenges mounted, so did the opposition to Saïed’s power plays. Tunisia’s Ennahdha party initially welcomed Saïed’s election but now call his control over Tunisia a coup. The crowds that gathered to protest against Saïed began to swell.

Ennahdha party member Ridha Bouziane, 57, died during protests in January, with Ennahda leaders claiming he was beaten by police. At least four journalists were arrested and others injured as Saïed cracked down on protesters.