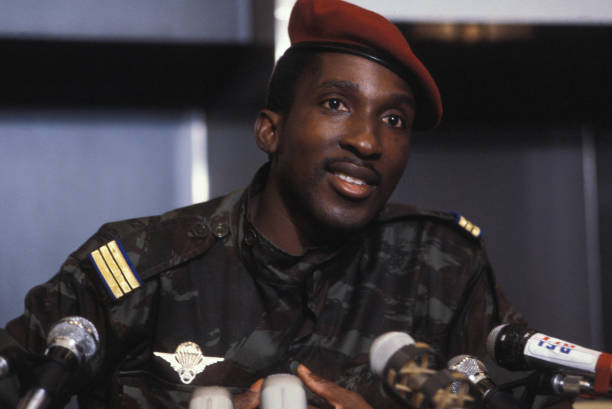 The long journey toward a verdict in the murder trial of Burkina Faso’s former president Blaise Compaoré has ended, with Compaoré sentenced in absentia to life in prison for his role in the 1987 death of beloved revolutionary leader Thomas Sankara.

Sentenced by the Ouagadougou court along with Compaoré were 10 other people, including former military and security chiefs Kafando Hyacinthe and Gilbert Diendéré. Both men received life sentences, with the currently imprisoned Diendéré among those who were physically present during the trial.

Sankara’s widow, Mariam Sankara, said the decision meant justice at last after waiting 35 years for Compaoré and his associates to be held accountable for the revolutionary leader’s death.

Sankara was 37 when he was gunned down on October 15, 1987, along with 12 other men who died. He remains one of the African continent’s most admired and beloved political leaders, and his vision of pan-African flourishing and an end to colonialism have long remained his legacy.

“Sankara embodied the hope of a revolutionary change based essentially on the contribution of the endogenous forces of his fellow citizens. It was the last African revolution, interrupted in blood in 1987, just as it was beginning to bear promising fruits,” said the International Campaign Justice for Sankara (ICJS).

The ICJS has pursued the Sankara case since 1997, and was instrumental in coordinating an international response among human rights workers and NGOs who have long awaited the day of verdict. The now-complete trial began in October 2021.

Compaoré remains in neighboring Côte d’Ivoire, where he has lived for years.