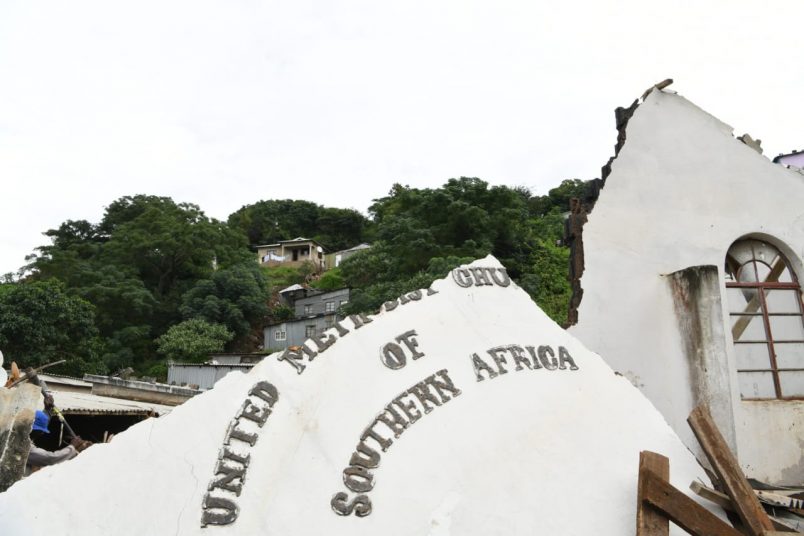 Catastrophic flooding that followed heavy rains in the South African province of KwaZulu-Natal has claimed at least 259 lives, according to the disaster management agency leading the emergency response.

The rains that began late Monday swamped roadways, stressed dams, and brought towering walls of mud and water down on the city of Durban and surrounding communities along the eastern coast.

Homes and buildings collapsed, while the floods wreaked havoc on the port of Durban, knocking over stacks of shipping containers at the largest facility in sub-Saharan Africa. Durban’s port handles 60% of the container traffic for the nation of South Africa.

President Cyril Ramaphosa toured the damage on Wednesday, joining regional authorities as they assessed the impacts and vowed to provide all necessary aid to those affected.

“This calls for working together as a government, all departments,” Ramaphosa said. “Our other provinces have already have pledged support and assistance.”

The president noted that South Africa is already feeling the impacts of climate change, and said the need for climate action was evident in the storm’s aftermath.

The weather service said that any extreme rain associated with Sub-Tropical Storm Issa, which had formed off the South African coast, was moving away from Kwa-Zulu Natal and did not pose any further threat to Durban and its surroundings.