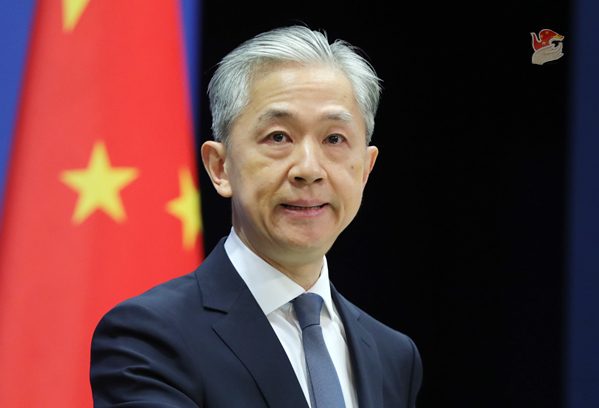 The Chinese government on Monday accused the United States of human rights violations following the police shooting of a Congolese immigrant living in the U.S. state of Michigan.

Wang Wenbin, spokesman for the Chinese Ministry of Foreign Affairs, said the death of Patrick Lyoya on April 4 was evidence of yet more gun violence in a nation riddled with it.

“We express deep concern over the deteriorating human rights conditions in the US.,” Wang told reporters during the ministry’s daily press briefing.

“There are more than enough facts showing that racial discrimination, gun-related crimes and violence in law enforcement do not exist in the form of isolated and sporadic cases, but are persistent and systemic issues in the U.S.”

The 26-year-old Lyoya fled the Democratic Republic of Congo in 2014, taking his family with him to escape the violence in his native country. He was living in the city of Grand Rapids, where a police officer shot him in the head during a traffic stop that led to a struggle.

On Monday, the state’s governor met with Lyoya’s parents, who also live in Michigan. The meeting came amid mounting protests over Lyoya’s death.

That’s left the Chinese to criticize the U.S. on human rights, even as Beijing deflects attention away from its own human rights record, a frequent target of U.S. officials.

“The U.S. is becoming a country afflicted by systemic violation of human rights,” said Wang. “It is thus in no position to make irresponsible remarks on the human rights conditions in other countries.”