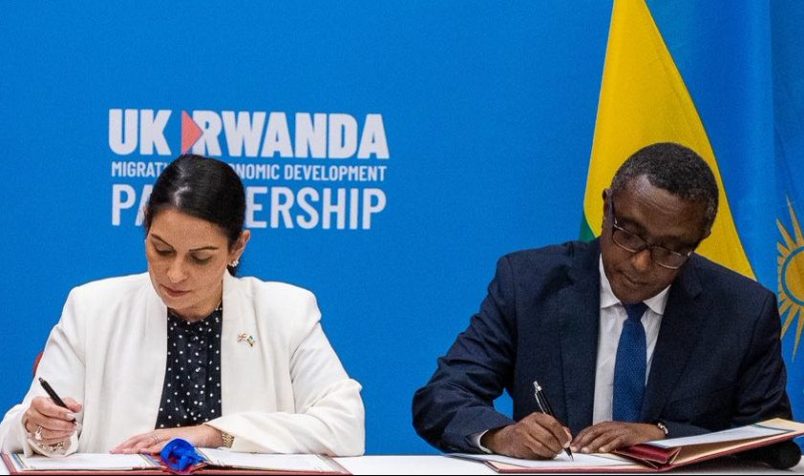 “The UK-Rwanda partnership is the type of international cooperation needed to make the global immigration system fairer, keep people safe, and give them chances to thrive,” Patel said on Tuesday. “It will help break the evil people smugglers’ business model, save lives, and protect the genuinely vulnerable.”

Patel announced the deal last Thursday after striking the agreement with Rwandan foreign minister Vincent Biruta. The agreement, for which Patel signed a “ministerial direction” executive order, will be backed by £120 million in economic development funds for Rwanda and another £50 million in equipment and logistics, including new boats, aerial surveillance and military experts.

“This will see migrants who make dangerous or illegal journeys, such as by small boat or hidden in lorries, have their asylum claim processed in Rwanda,” Patel said. “Those whose claims are accepted will then be supported to build a new and prosperous life in one of the fastest-growing economies.”

Opposition politicians in the UK have called the plan inhumane and unethical. It’s been compared to similar plans in Australia that saw migrants shipped to Papua New Guinea, or the European Union deal with Turkey to prevent migrants from continuing on into Greece and EU territory.

Yolande Makolo, a Rwandan immigration official, says her country will take responsibility for UK’s migrants and, if they are determined to have refugee status, offer them the right to resettle.