Home>ENERGY & COMMODITIES>Italy strikes its latest African energy deal with Republic of Congo
By AT editor - 21 April 2022 at 11:37 pm 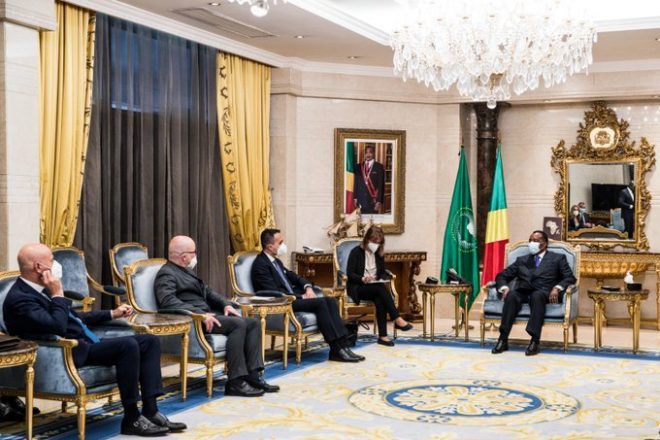 President Dénis Sassou N’Guesso of the Republic of Congo was in Italy on Thursday to discuss partnership on energy between the two nations, one that centers on a new deal supported by oil major Eni to increase the supply of gas from the African nation.

“The Italian government is pushing for a diversification of energy sources,” said Italy’s foreign ministry, a move that comes as European nations seek to limit their dependence on Russian energy sources.

Europeans have long discussed the security and economic concerns tied to their reliance on Russian oil and gas, as well as the need to accelerate the energy transition because of climate change, but the war with Ukraine has brought the issue to the forefront.

To that end, Italian foreign minister Luigi Di Maio said that it was no longer acceptable for his nation to rely on Russia for 40% of its total gas supplies. He told Italian news agency ANSA that finding alternative energy sources was a top priority, with Italian Prime Minister Mario Draghi speaking to Sassou N’Guesso by phone on Tuesday ahead of the meeting.

The Italian government also has tapped into energy resources from Angola and Algeria, while reaching out to Mozambique in recent weeks. Eni signed a new agreement with Algeria’s Sonatrach earlier this month alongside Draghi and Algerian President Abdelmadjid Tebboune.

Draghi also spoke with Lourenço by telephone after curtailing his travel plans due to COVID-19.