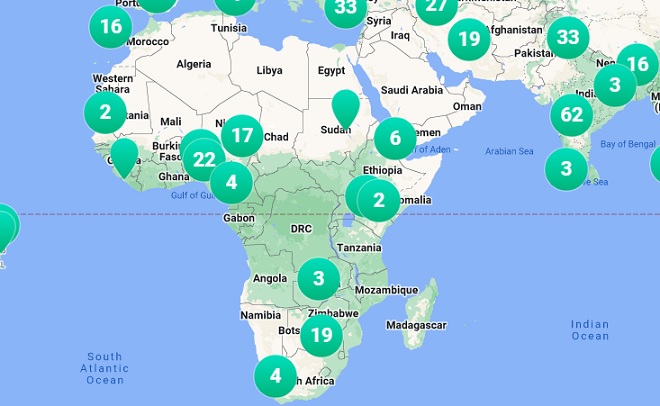 The Central African Republic has become the first nation in Africa to adopt Bitcoin as an official currency, saying the move will put the C.A.R. “on the map of the most courageous and visionary countries in the world.”

President Faustin-Archange Touadéra announced the decision in a statement, welcoming the news following the National Assembly’s approval of a bill that established the legal and regulatory framework for using cryptocurrencies. He praised the ruling as a “decisive step” towards creating opportunity and advancing his economic agenda.

“We are going on a new path that will mark a milestone for our country,” the announcement said. “In a progressive forward-looking vision, our nation must be able to pursue its destiny and to join the ranks of those who not only fully understand the importance of blockchain technology, but who are also rushing to legislate it.”

The C.A.R. will continue to use the CFA franc, even as some opposition leaders plan to mount a challenge about the Bitcoin decision.

Use of the CFA franc has long been a point of contention among former colonial nations that view it as a relic of French influence and economic power. For example, a 2019 agreement between France and the Monetary Union of West Africa (UEMOA) advanced the calls for reform with the announcement of a new currency, the eco, to be used in the eight nations that still use the CFA franc.

There are some African businesses that accept Bitcoin for payment, as viewed on a map provided by Bitcoin.com. But the adoption of Bitcoin remains poorly received by many governments and institutions, including the International Monetary Fund.

The IMF has warned against the risks of Bitcoin, its price volatility and the potential for corruption in the absence of strong regulation.