Home>News>Tshisekedi expects to cancel AU summit trip due to North Kivu crisis
By AT editor - 25 May 2022 at 4:42 pm 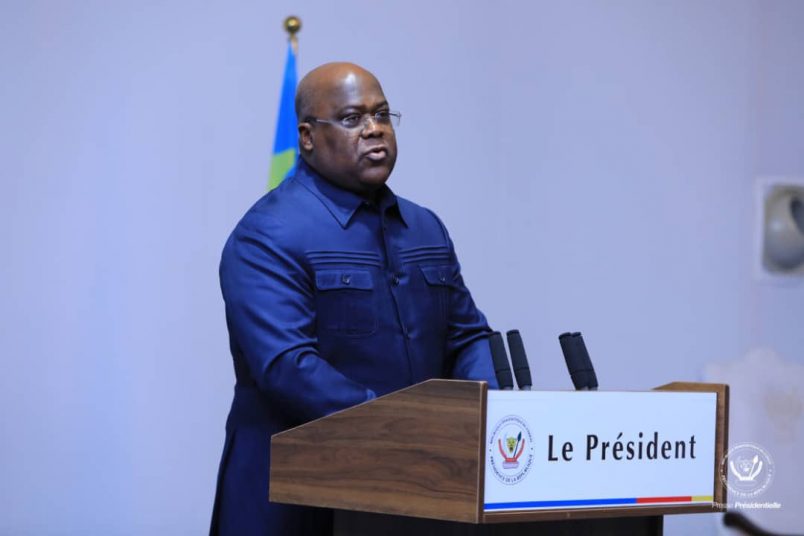 President Felix Tshisekedi is expected to cancel his trip to Equatorial Guinea for an African Union summit on security as he deals with his own security crisis in eastern Democratic Republic of Congo.

Tshisekedi plans to stay and monitor the evolving situation in North Kivu province, according to local media reports.

The fighting between the Armed Forces of the DR Congo (FARDC) and M23 rebels in the region continues, with clashes reported in and around Kibumba following last week’s attack on FARDC and forces from MONUSCO, the United Nations mission in DR Congo. Fighting also is reported near Jomba, according to UNOCHA, the UN agency for humanitarian affairs.

Humanitarian workers say about 26,000 people have been displaced by the fighting, a small percentage of them joining 19,000 others who previously fled into Uganda. The rest have stayed in neighboring communities in DR Congo.

Tshisekedi was expected to attend the AU Extraordinary Summit in Malabo, which began with an executive council meeting on Wednesday. The summit focuses on two main topics, with security and counterterrorism at the top of the agenda. Part of that dialogue involves the uptick in regime change driven by military force in African nations.

African heads of state and other representatives also will address humanitarian crises and aid delivery.

“These two themes are intertwined in terms of the causes as well as the consequences,” said Moussa Faki Mahamat, chairman of the African Union Commission.