Home>Finance & Economics>U.S. seizes Jammeh assets as Gambia plans to prosecute ex-president
By AT editor - 27 May 2022 at 5:25 pm 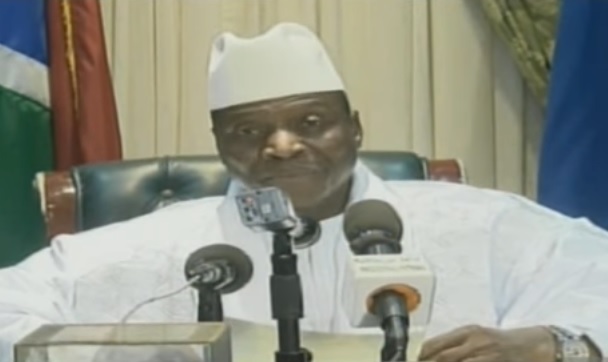 Officials in the United States say they’ve completed the forfeiture process on an estimated US$3.5 million in property held by former Gambian leader Yahya Jammeh, and now will move forward in returning the value of those assets to the Gambian nation.

The final judgment on property Jammeh owned in suburban Washington D.C. was entered earlier this week, the U.S. Department of Justice said in a statement. It was acquired through a trust set up by the former president’s wife, Zineb Jammeh.

However, the U.S. government alleged that the multimillion-dollar mansion was purchased with bribes and stolen public funds, which made it subject to U.S. corruption and forfeiture laws.

“Jammeh conspired with his family members and close associates to utilize a host of shell companies and overseas trusts to launder his alleged corrupt proceeds throughout the world,” the statement said.

“With this entry of final judgment, ownership of that Maryland property has now been forfeited to the United States along with all rental income generated by the property since the filing of the amended complaint in August 2020. ”

The U.S. plans to sell the home and ensure the net proceeds “benefit the people of The Gambia harmed by former President Jammeh’s acts of corruption and abuse of office.”

Jammeh, the head of a dictatorial regime in the West African nation from 1994, was forced to leave the country in  January 2017 after weeks of refusing to honor the election of President Adama Barrow, who was re-elected last year. Jammeh remains in exile in Equatorial Guinea.

The Gambian government announced plans to prosecute Jammeh earlier this week for his alleged role in dozens of extrajudicial killings and other crimes against the Gambian people.