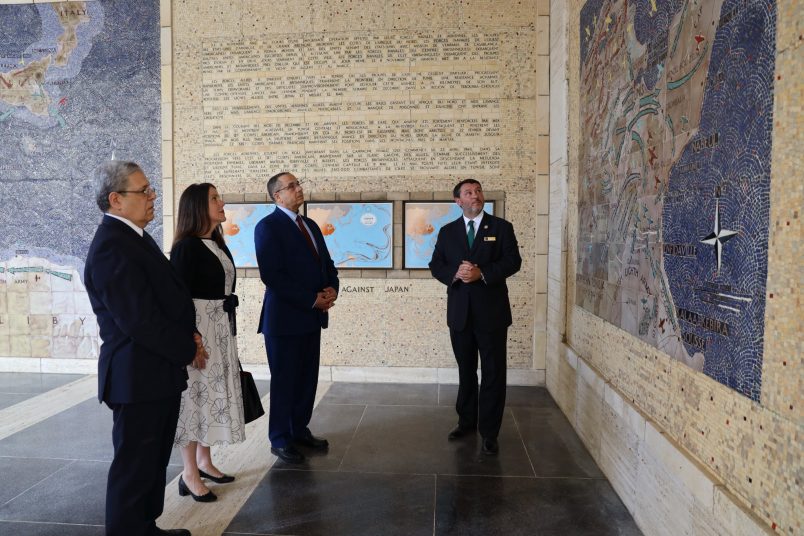 The Tunisian government has signed an agreement with the United States to repatriate the remains of U.S. military personnel who died while fighting in North Africa during World War II.

The decision paves the way for the return of 2,841 U.S. soldiers, some of them unidentified, who were buried at the North Africa American Cemetery in Carthage. The remains will be disinterred and sent to the U.S., with possible identification and closure for the families whose loved ones have never been found.

Another 3,724 Americans lost during the war remain missing. As part of the signing ceremony, Tunisian foreign minister Othman Jerandi laid a wreath at the Stone of Remembrance to pay tribute to the fallen U.S. soldiers.  He also visited the Wall of the Missing at the cemetery, alongside U.S diplomats who were on hand for the Memorial Day ceremony and signing.

Richard Norland, U.S. Ambassador to Libya, and Daryl Durgan, head of the U.S. War Archeological Commission, led the commemorative ceremony. Also on hand were Natasha Franceschi, head of the U.S. embassy in Tunis, and Brian Pearl, head of the U.S. military’s office for prisoners of wars (POW) and soldiers missing in action (MIA), who participated in the MOU signing.

The Memorial Day commemoration was “a poignant reminder of the immense costs paid to protect not only American freedom but also that of our allies and partners,” said Franceschi.