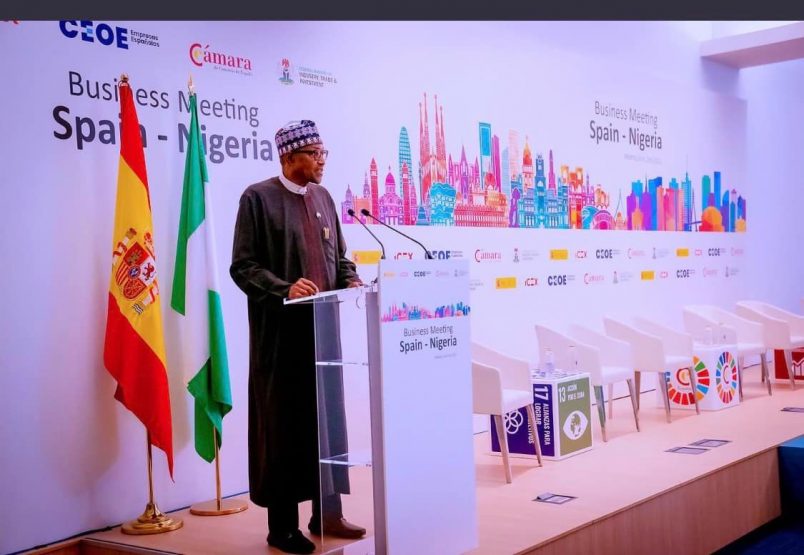 Nigeria is promoting its oil and gas industry during President Buhari’s state visit to Spain, a move that comes as European nations seek to secure resources to replace the now-banned imports of Russian oil.

Buhari and representatives of the Nigerian National Petroleum Corporation (NNPC) have highlighted Nigeria’s energy sector during the president’s speech in Madrid, and during visits with King Filipe VI, President Pedro Sanchez, and business leaders attending the Nigeria-Spain Business Forum.

Mallam Mele Kyari, managing director for NNPC, said Spain already relies on Nigeria for 26% of its liquid natural gas (LNG) supplies and 14% of its crude oil. Those numbers are only expected to grow as Spain, Italy and other European countries turn toward African oil and gas producers, including Algeria’s Sonatrach.

Earlier this week, Nigeria’s Federal Executive Council approved plans to build a pipeline from Nigeria into Morocco, in order to deliver fuels to the European market. The pipeline, with the Economic Community of West African States as a partner, is designed to pass through 15 West African nations as it reaches Morocco, according to Nigerian petroleum minister Timipre Sylva.

From there, Nigerian oil and gas resources destined for Europe will enter Spain, Sylva said.

The Organization of the Petroleum Exporting Countries (OPEC) raised Nigeria’s crude oil production quota for the month of July to 1.799 million barrels per day (bpd) as international markets work to avoid a full-blown energy crisis.

However, Nigeria often fails to meet its production targets. A recent Reuters report found Nigeria and Angola’s energy sectors accounted for nearly half of the shortfall in oil supply planned by OPEC and its allied nations. Nigeria was pumping nearly 400,000 bpd below target in March.