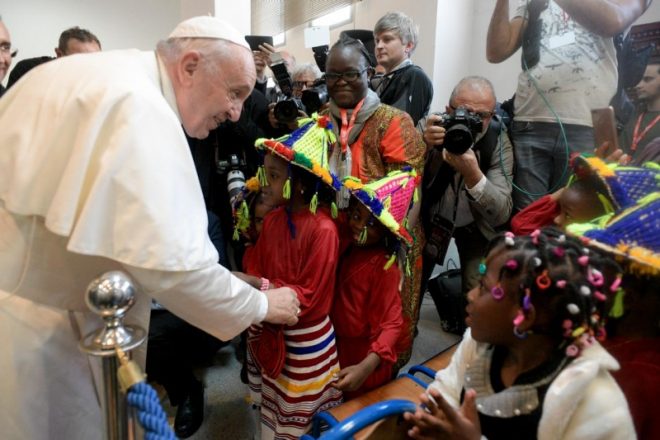 Pope Francis has canceled a trip to African nations that was set for early July due to health reasons, according to a Vatican spokesman.

“At the request of his doctors, and in order not to jeopardize the results of the therapy that he is undergoing for his knee, the Holy Father has been forced to postpone,” said a statement issued by Matteo Bruni, head of the Holy See press office.

The pope’s journey included visits to Democratic Republic of Congo and South Sudan between July 2 and July 7. The Vatican said it expects to reschedule the visit at a later date.

The itinerary originally included stops in Kinshasa and Goma, as well as the South Sudanese capital of Juba. He planned to meet with the presidents of both nations, as well as visits with victims of violence in Beni and in Kibumba to celebrate Mass at a refugee camp.

There’s been mounting concern over the 85-year-old pontiff’s health after he was seen using a wheelchair in recent weeks, raising questions about his mobility. The Vatican has said Pope Francis continues to struggle with strained ligaments in the injured knee.

Security, however, is always an issue when the pope plans travel to other nations. Pope Francis previously canceled a 2017 visit to South Sudan during heightened tensions there.

He also expressed condolences over last week’s church attack in Nigeria. Pope Francis pays close attention to developments in Africa, where more than 251 million Roman Catholics live, according to 2021 numbers from the Vatican. Africans make up 19.5% of the Church overall.