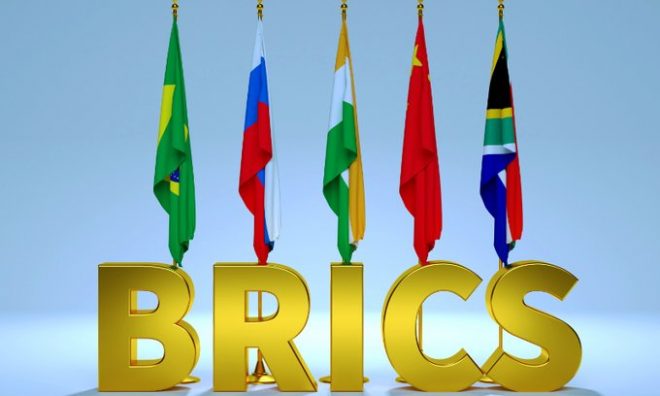 Russian President Vladimir Putin and his Chinese counterpart Xi Jinping expressed mutual solidarity on political issues including China’s proposed Global Security Initiative. Xi introduced the proposal in April, with an eye on realigning the global balance of power to reduce Western influence in the Asia-Pacific region.

Chinese diplomat Zhang Meifang said Russia supports China in opposing the use of force on issues including human rights in Xinjiang, and sovereignty over Taiwan and Hong Kong. Amid the Kremlin’s war with Ukraine and its trade woes with the West, China also vowed to support Russia on “core interests and common concern on sovereignty.”

The meeting focused on counterterrorism efforts, a priority of National Security Advisor Ajit Doval of India. Doval also stressed the need for cooperation on climate change and global responses to pandemics, according to Indian media outlets.

South Africa reiterated its strong ties to Russia earlier this week, with an emphasis on security, trade, climate change, and future responses to global pandemics. As with many African nations, there has been hesitation to align with one party or another over the Russia-Ukraine conflict and its impact on African food supplies and other economic ties.

The full BRICS summit will be held later this month, with China’s proposal to expand membership of the five-nation body under consideration. Egypt, Nigeria and Senegal all are invited to attend this year’s leaders’ summit as guests.