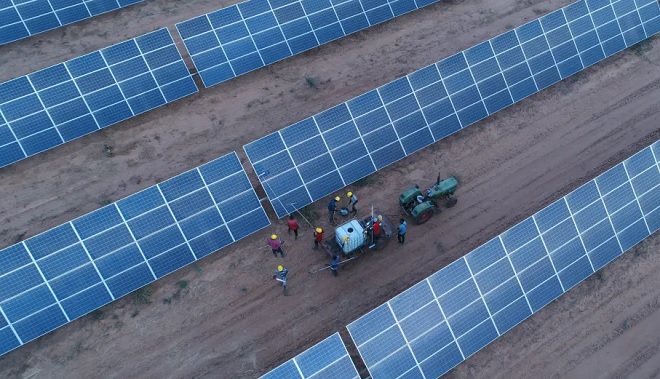 The African nation of Chad has one of the world’s lowest rates for electricity access, but new investment in renewables is expected to reverse the situation, beginning with a solar plant expected to be fully operational in early 2023.

Just 8% of Chad’s population had electricity in 2019, with access more concentrated in cities than in rural communities, according to the new Renewables 2022 Global Status Report from Ren21.

“Apart from a 1 megawatt (MW) wind power plant in the eastern town of Amdjarass, electricity is supplied only by generators, which break down regularly,” the report said. “Oil, used to run clusters of generators, is expensive and highly polluting.”

The lack of power has limited economic and development activity, with Abéché—a city of 80,000 people and the second largest in Chad—notably feeling the impacts.

“Abéché is not connected to the national grid and has struggled to develop its infrastructure due to security challenges,” the Ren report adds.

However, the French renewable energy firm InnoVent is building Chad’s first solar power plant in Abéché. In December 2021, the first electricity was delivered to the grid of Société Nationale d’Electricité (SNE), the national provider in Chad.

When completed, the solar plant will have a total capacity of 5 megawatts.

Chad’s project is featured in the new report from Ren21, a Paris-based organization that promotes renewable energy. Many African stakeholders including Hary Andriantavy, head of the African Association for Rural Electrification based in Cote d’Ivoire, contributed to the report.

The new Ren21 data comes amid controversy over Africa’s energy future and global appeals to advance renewable energy, in opposition to economic development that continues to rely on fossil fuels.