Home>News>Lumumba's remains returned to DR Congo during Brussels ceremony
By AT editor - 20 June 2022 at 10:23 pm 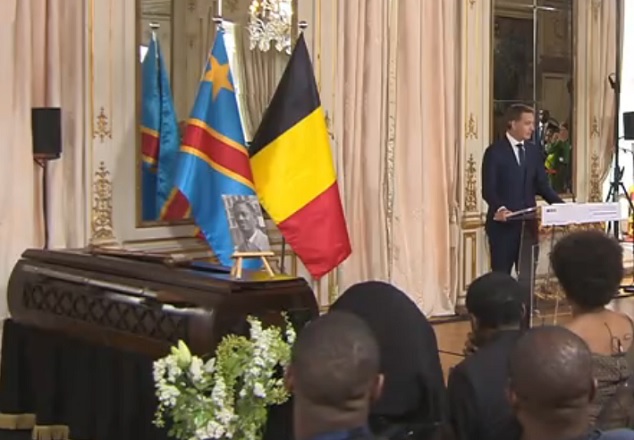 The remains of Patrice Lumumba, the leader for independence and first prime minister of the Democratic Republic of Congo, were returned to the Congolese people during a ceremony in Belgium on Monday.

Lumumba’s family was on hand for the dignified transfer of a single tooth, all that remained of Lumumba after his assassination in January 1961.

“Today our country finally returned the remains of the murdered Congolese Prime Minister Patrice Lumumba to his family and people. Finally and too late indeed,” said Belgian Prime Minister Alexander De Croo, in a speech that acknowledged it was “not normal” for the former colonial power to keep Lumumba’s remains for six decades.

“Patrice Emery Lumumba was assassinated for his political beliefs, his ideals,” said De Croo. “In the presence of his family, I reiterate today the apologies of the Belgian government for the way it weighed the events that occurred 61 years ago.”

De Croo spoke at length about the painful history of racism and inequality between the two nations, one of which Belgium was not proud. But he also called the long overdue exchange a sign of hope, marked by the winds of change for a new generation of Belgians and Congolese committed to human rights and democratic principles.

“By reconciling with our past, we can look together to the future and all the fruits that our cooperation will bring,” he said. “In order to begin this new chapter, it’s important to look our history in the face and put it into words.”