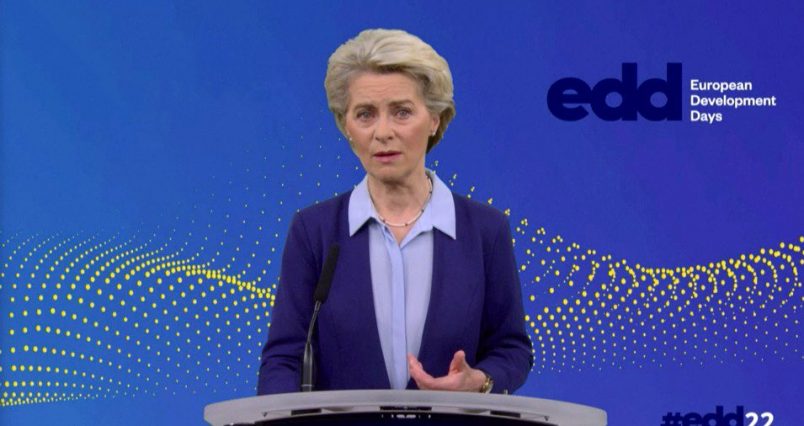 Another €600 million is headed to African nations as well as other parts of the world, after the European Commission approved additional food security aid it says is needed because of the Russia-Ukraine conflict.

“Russia’s war of aggression is taking a heavy and senseless toll, not only on the Ukrainian population, but also those most vulnerable around the world,” she said. “Russia is still blocking millions of tons of desperately needed grain.”

The funding includes €350 million for sustainable and resilient food systems, another €150 million in humanitarian assistance, and €100 million in funds earmarked for the Poverty Reduction and Growth Trust (PGRT) of the International Monetary Fund (IMF), which will coordinate the support for affected countries.

The European Union said it expects the IMF commitment to mobilize other donor support as well.

The new funding adds to the more than €2 billion committed to sub-Saharan Africa and €1 billion for North Africa and Middle East nations, as well as €225 million already extended to the MENA states with a focus on sustainable agriculture, water and sanitation, and social safety protection.

EU data finds that even before Russia’s invasion of Ukraine, nearly 193 million people in 53 countries and territories were food insecure and in need of urgent assistance.

“Russia’s attack is dramatically worsening the situation,” the EU said.

The announcement comes during European Development Days, with the EU also pledging to deliver renewable energy to 100 million Africans by 2030.