Home>Commentary>Felix Tshisekedi’s diplomatic sea change
By AT editor - 24 June 2022 at 9:26 am 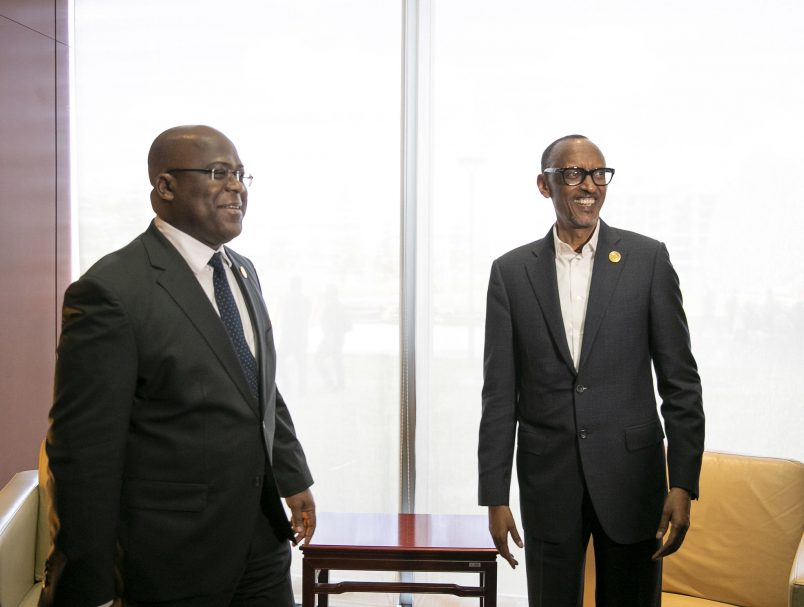 The Democratic Republic of the Congo (DRC) is facing yet another crisis in its relations with neighbour Rwanda, following reports that the M23 rebel group has seized a key town in DRC territory. Military leaders have described the rebel capture of Bunagana, just 60 kilometers northeast of the major city of Goma, as constituting “no less than [an] invasion of the Democratic Republic of Congo,” owing to Rwanda’s alleged support of M23.

The recent tensions between the DRC and Rwanda are the latest expression of the simmering hostility that has characterized the relationship between the two countries since the 1994 Rwandan genocide. Rwanda has long accused the DRC of harbouring ethnic Hutus who helped carry out the atrocity, one in which 800,000 ethnic Tutsis and moderate Hutus were slaughtered. Both countries have also accused each other since then of using various rebel groups as proxies.

Bilateral relations between the two countries came to somewhat of a standstill under the former DRC President Joseph Kabila. Kabila had earned a reputation for his firebrand rhetoric against Rwanda, using state television to accuse the DRC’s neighbour of sowing the seeds of instability within Congolese borders. “As for the involvement of Rwanda…It’s an open secret. You know, the whole world knows,” Kabila declared in 2012, “There is a [United Nations] report that effectively establishes the presence and active backing from this country to the M23 and to other armed groups.”

Kabila’s accusation refers to a confidential report prepared by the UN Security Council’s Group of Experts in 2012, in which investigators found that Rwanda and Uganda had continued to support M23 rebels in their fight against the Congolese government in North Kivu province. Major international donors, including the US, Britain, the Netherlands and Germany, suspended funds to Rwanda over the allegations.

Despite his tough stance, Kabila was unable to deter a major M23 offensive that same year, one which was only undone weeks later with UN support. The conflict left an open wound in the North Kivu border region and broader DRC society: hundreds of thousands of civilians were displaced, and stability made impossible as the chaos of the campaign empowered local rebel groups to sustain their attacks on the state for years afterward.

It is under these arduous circumstances that the current DRC President Felix Tshisekedi must now attempt to build peace. Since assuming office in 2019, Tshisekedi has worked to mend ties with the country’s neighbours, first through regional diplomacy and subsequently via bilateral talks. While his efforts have been seen as unconventional by some, Tshisekedi’s pragmatism has represented for many a welcomed breath of fresh air.

While he has tacitly permitted Uganda and Rwanda to deploy troops on DRC soil to fight rebels, Tshisekedi has shown he is still open to pursuing diplomatic talks and seeking to build peace. In April this year, for example, the country joined the East African Community (EAC), an intergovernmental organization that includes Rwanda, Uganda, Burundi, South Sudan, Tanzania and Kenya in an effort to strengthen regional cooperation on trade and security.

In becoming the seventh member state of the EAC, the DRC has increased the bloc’s market population by some 50 percent to 280 million, and the geographic size of the group now spans the Africa continent from the Indian Ocean to the Atlantic Ocean. Within weeks of the DRC’s integration, the Community began negotiations at a summit in Nairobi with dozens of rebel groups- including M23- to discuss terms for an amnesty deal.

The DRC’s admission to the EAC comes on the back of Tshisekedi’s three-year effort to secure membership, and seals his position as a champion for regional integration. Tshisekedi also prioritized intra-Africa collaboration during his rotating chairmanship of the African Union in 2021; the launch of the African Continental Free Trade Area (AfCFTA), despite pandemic delays, stands as a landmark achievement of his one-year term at the helm. The presidential handover from Kabila to Tshisekedi in 2019 has therefore represented a diplomatic sea change, with the DRC now benefitting from stronger relations with its neighbours and setting the stage for improved long-term stability in the region.

Nevertheless, there are still several challenges for the DRC to solve, not least in the form of Rwandan President Paul Kagame staunchly resisting any attempts to de-escalate tensions. Continuing to navigate the current conflict will therefore require the DRC to stay open to all options, a point that Tshisekedi has repeatedly emphasized. This includes attempting to win international backing for the DRC’s cause: the recent visit of King Philippe of Belgium to the DRC, for instance, lends critical support to Tshisekedi’s administration at an important time.

This year’s escalating situation undoubtedly calls for pragmatic and effective diplomacy- and fast. According to independent experts reporting to the UN, M23 rebels plan to soon capture the city of Goma in a bid to extract political concessions, including amnesties, asset recovery and the integration of M23 fighters into the DRC’s own military. The move would displace nearly two million people, and put regional security in even greater peril. As Belgium’s King Philippe was keen to remind the international community during his visit, the situation in the DRC’s east simply “cannot continue.” Tshisekedi’s diplomatic sea change may just be the region’s best chance at peace.