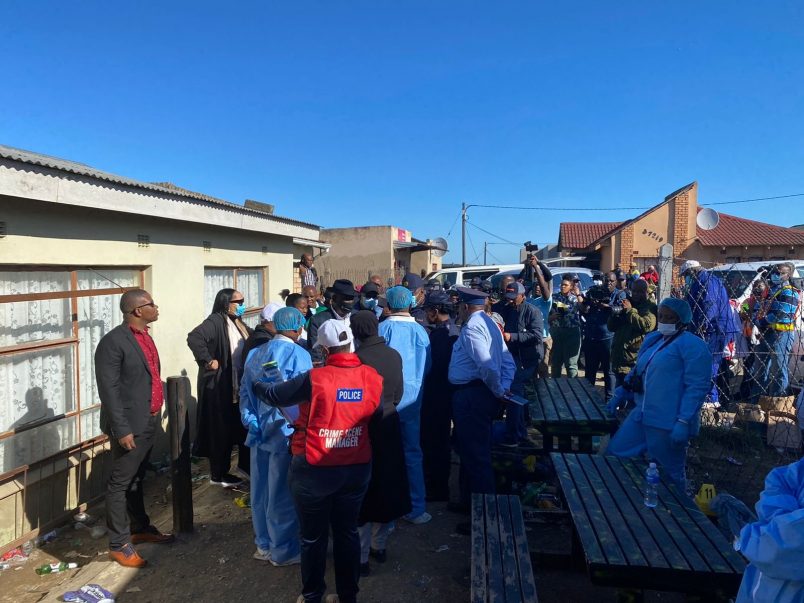 President Cyril Ramaphosa has called for an inquiry, while expressing his condolences over the mysterious death of at least 21 teenagers at a South African tavern early Sunday.

“His thoughts are with the families who have lost children as well as families who are awaiting confirmation of how their children may have been affected,” a statement from the presidency said.

It added that Ramaphosa was “also concerned about the reported circumstances under which such young people were gathered at a venue which, on the face of it, should be off limits to persons under the age of 18.”

The 22 youths were gathered at Enyobeni tavern in an East London park when the incident occurred. East London is a coastal town on the Indian Ocean, about 650 kilometers southwest of Durban.

Investigators say the teens were celebrating the end of the high school term when some of them started collapsing in the middle of conversation or while dancing, according to South African media reports. In at least one case, a victim begged a friend to help her before she succumbed.

The South African Police Service says officers arrived at the scene about 4 a.m.

“Upon arrival police found seventeen bodies inside the building. It was later established two more died at a local clinic, one died en route to hospital and another died in hospital,” the SAPS said in a statement.

The cause of death remains unknown. Police say a stampede appears unlikely because no evidence of injury was found on the bodies, which also rules out any attack with weapons. While some type of poisoning or toxic exposure is possible, that has not been confirmed by autopsy as yet.