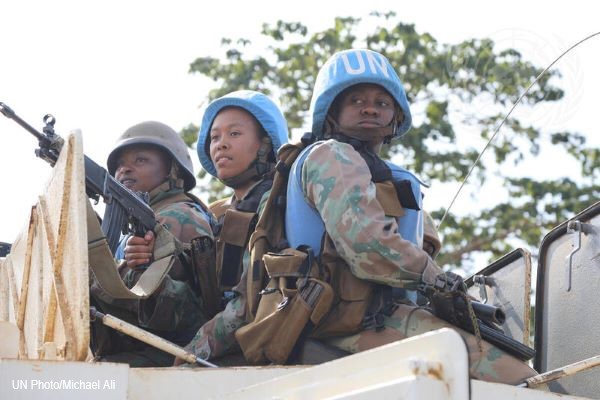 The head of MONUSCO, the United Nations mission in Democratic Republic of Congo (DRC), has appealed to both Rwanda and the DR Congo to calm tensions between the neighboring states that contribute to the security crisis in the region.
Bintou Keita, speaking to the UN Security Council on Wednesday, said the escalation in March 23 Movement (M23) armed group activity in North Kivu and Ituri provinces in the country’s east continues to present a challenge both to Congolese FARDC forces and MONUSCO peacekeepers.
The UN mission has been called upon to prevent M23 fighters from threatening the city of Goma and other communities along DR Congo’s National Road 2, which runs parallel with the Rwandan border. That’s become a greater risk as M23 operates more like a conventional army rather than an armed group, with what she called increasingly sophisticated firepower and equipment.
The threat posed to both the population and the Blue Helmets is obvious, Keita said.
“I urge the DRC and Rwanda to seize the opportunity presented by the upcoming summit organized in Luanda by President João Lourenço to resolve their differences through dialogue,” Keita said. She also urged DR Congo and Rwanda to make use of existing frameworks, including the Joint Verification Mechanism, to reduce the tensions.
More than 170,000 people have been forced to flee the region as M23 rebels attack and kill civilians. Keita also offered the Security Council a detailed report of other attacks by armed groups in the region, including the Allied Democratic Forces (ADF) of the Coalition of Congolese Democrats (CODECO).
Image: United Nations/Michael Ali file