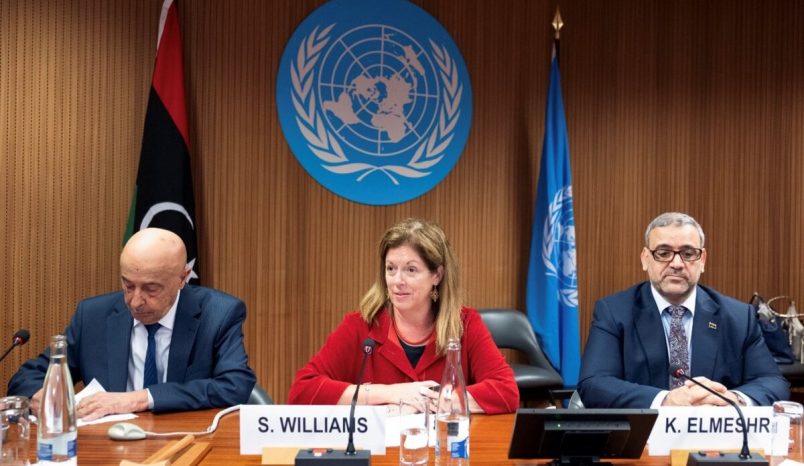 Stephanie Williams, the United Nations envoy for Libya, called for calm on Saturday as unrest across the volatile North African nation led to the burning of the parliament building in Tobruk, the seat of government in the divided nation’s east.

“The people’s right to peacefully protest should be respected and protected, but riots and acts of vandalism such as the storming of the House of Representatives headquarters late yesterday in Tobruk are totally unacceptable,” Williams said in a social media post. “It is absolutely vital that calm is maintained, responsible Libyan leadership demonstrated, and restraint exercised by all.”

Williams also urged that “political actors in Libya will now listen,” reiterating comments made to the BBC about Libya’s protests being an “explicit call” for its leaders to hold long-delayed elections. Tensions in Libya have risen alongside food, energy, and other cost-of-living increases.

Other protests beyond Tobruk and Tripoli emerged from Benghazi, in the country’s north, to Sabha in the south, indicating that the scope of Libya’s anger spans across political and territorial lines dividing the country since the 2011 death of Muammar Gaddafi.

They follow yet another two-day round of unsuccessful negotiations on elections, held with the High Council of State and the Tobruk-based government. Those talks ended in Geneva on Wednesday.

“While the progress secured during three rounds of consultations in Cairo and this round in Geneva is significant, it remains insufficient as a basis to move forward towards comprehensive national elections, which is a genuine desire of the Libyan people,” Williams said. “I urge the two chambers to overcome the pending disagreement as soon as possible.”