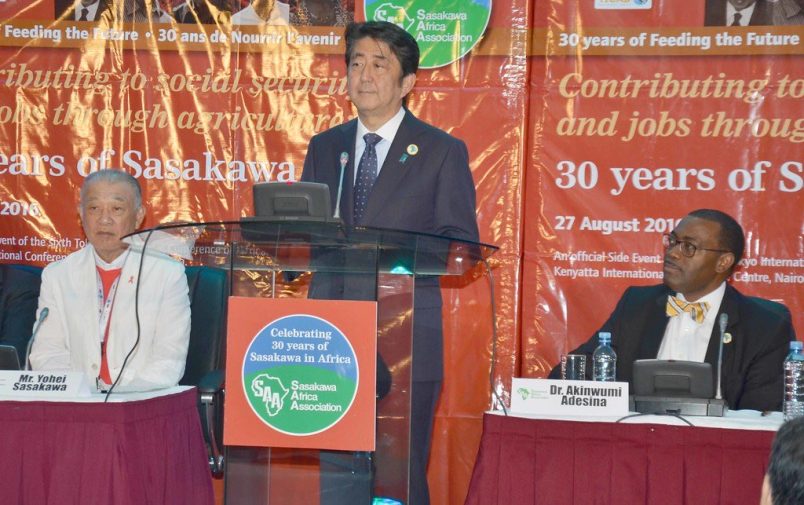 Condolences poured in from across the world over the death of Japan’s former prime minister, Shinzo Abe, with the leaders of African nations expressing sorrow over the tragic shooting Friday during Abe’s speech in the city of Nara.

Pravind Kumar Jugnauth, prime minister of Mauritius, said he was deeply shocked and dismayed by the news.

“No words are enough to condemn this outrageous, violent act,” he added.

Kenya’s leader, President Uhuru Kenyatta, described Abe as a dear friend and ally of his nation and its progress.

“It is utterly shocking and somewhat unbelievable to learn of the death of my friend, and one of Kenya’s foremost development ally, former Prime Minister Shinzo Abe, in a savage shooting incident,” Kenyatta said in a statement.

Abe most recently visited Kenya in 2016 during the Tokyo International Conference on African Development (TICAD), which will be hosted this year by Tunisia.

Akinwumi Adesina, head of the Abidjan-based African Development Bank, noted Abe’s commitment to Africa as he expressed his condolences to the Japanese people and called him “a powerful voice for good in the world.”

“A great friend of Africa,” Adesina said. “He drove TICAD for a very strong Japan-Africa partnership. My condolences to his family, the government and people of Japan.”

Abe was killed Friday while campaigning in the city of Nara for Liberal Democratic Party candidates, ahead of elections planned for Sunday. The former prime minister was rushed to the hospital but medical staff were unable to revive him.

Japanese authorities have arrested 41-year-old Tetsuya Yamagami of Nara in connection with the shooting.