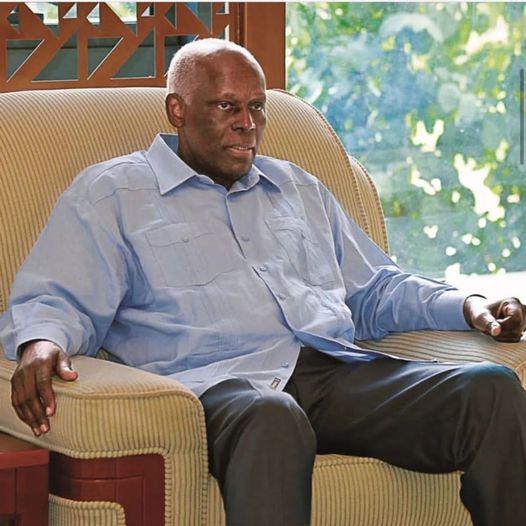 Former Angolan president Jose Eduardo dos Santos has died, according to a statement from government officials issued Friday. The ailing 79-year-old leader had remained on life support for days in a Barcelona hospital, and his death was not unexpected.

The statement from Angolan President João Lourenço called dos Santos “a statesman of great historical dimension, who ruled for many years with clarity” during oft-difficult times. Dos Santos served as Angola’s longtime leader from 1979 to 2017 before stepping aside.

“The Executive of the Republic of Angola extends to the bereaved family its deepest condolences and appeals for everyone’s serenity in this time of pain and dismay,” the presidency added.

Dos Santos had been hospitalized in an intensive care unit after recovering from COVID-19 and a reported fall. He was in an induced coma at the facility in Spain, where the family gathered on the news that his condition had deteriorated.

“Africa has lost one of its greatest living heroes,” said Tchizé dos Santos in an Instagram message posted Friday. Dos Santos, along with her more widely known sister Isabel and other family members, expressed their grief while sharing a series of photos reflecting fond images of their father.

The dos Santos death followed controversy in recent days over discontinuing his life support measures, as well as charges of negligence from family members angry over his care.