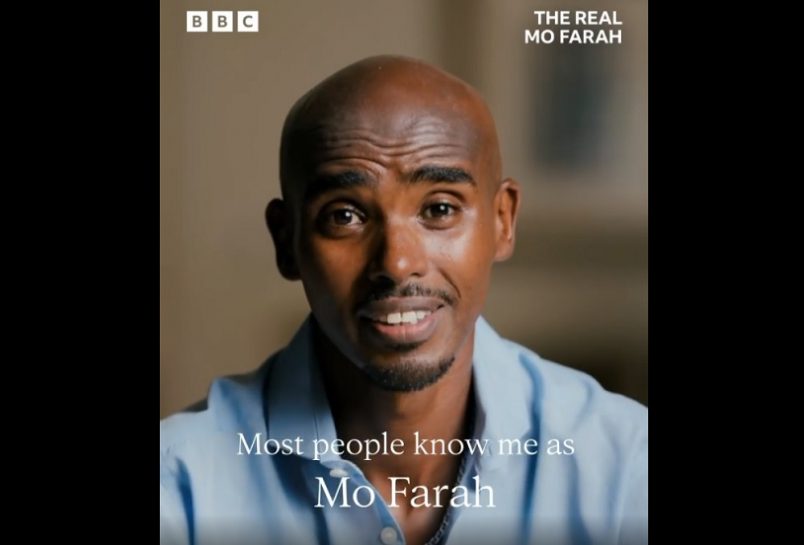 On his official website, the story of Sir Mo Farah was the same on Monday night. The Olympic gold medals in 2012 and 2016. His European and World Best records. But there was more about one of the United Kingdom’s most respected athletes.

“His achievements are a far cry from his humble beginnings in Somalia, arriving in London from Mogadishu at the age of 8 and speaking very little English,” the site said.

As it turns out, there was much, much more. Farah has disclosed that his real name is Hussein Abdi Kahin, and he told the BBC that he didn’t actually go to the UK from Somalia as a refugee with his parents. He was taken to Djibouti and brought to London by child traffickers who gave him his false identity.

The 39-year-old distance runner, always thought to be from Mogadishu, tells the full story in a BBC documentary that’s set to air on Wednesday night.

“Through this documentary I have been able to address and learn more about what happened in my childhood and how I came to the UK,” said Farah in his Twitter and Instagram posts late Monday night. He posted a promo video for “The Real Mo Farah” and encouraged his followers to watch the program to learn more.

Farah’s messages were met with support from fans, as well as fears he may face deportation because of how he came to the UK. He has been a British citizen for more than 20 years, but could theoretically face a legal challenge because of the truth about his identity. The chances of that happening are low, according to a legal expert interviewed during the documentary.