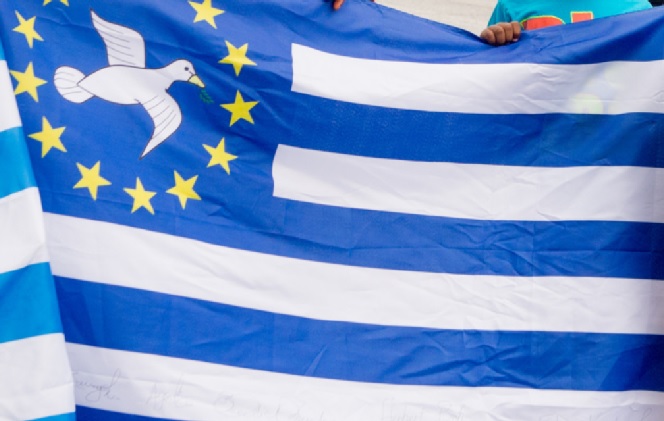 A leading Anglophone separatist group has denied allegations made by the Amnesty International organization over threats and violence towards human rights workers in Ambazonian territories that have broken away from Cameroon.

The response from Capo Daniel, defense chief of the Ambazonia Defense Forces (ADF) aligned with the Ambazonia Governing Council (AGovC), called the July 7 report a “clear affront” against the independence movement.

He accused Amnesty of irresponsibility and said the NGO was being used to support the Cameroonian government’s position in an increasingly complex armed conflict with roots in the Anglophone protest movement that began in 2016.

“There is no evidence of any threats from self-defense fighters of Ambazonia,” the response said. “The government of Cameroon has openly used terror tactics to intimidate human rights defenders.”

Agbor Nkongho, himself imprisoned in the early years of the Anglophone protests against Cameroon President Paul Biya’s government, is among those who say they’ve faced death threats for their work.

A June report from Human Rights Watch also called attention to separatist abuses against civilians, with HRW saying their data was shared with Daniel and AGovC as well as two other main Ambazonian separatist groups, the African People’s Liberation Movement (APLM) and the Ambazonia Interim Government faction aligned with Samuel Ikome Sako.

With both human rights organizations, Daniel defended AGovC actions against those believed to be cooperating with Cameroon as necessary to its goals.

Similar abuses have been attributed to Cameroon’s own military forces in fighting that has led to at least 4,000 deaths in the Northwest and Southwest Anglophone regions of Cameroon. The rest of the country is considered primarily French-speaking, a legacy of the colonial era and the country’s partition between France and the British after Germany was removed as the colonial power.