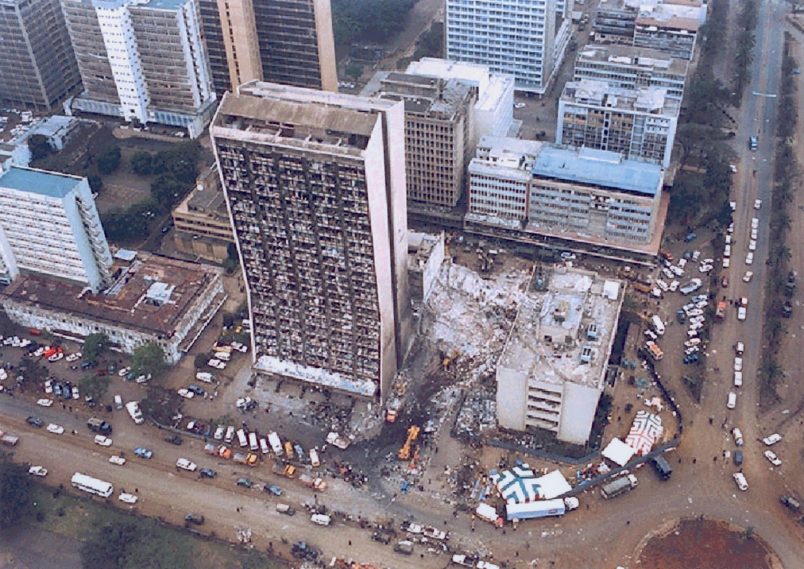 The death of Al Qaeda leader Ayman Al-Zawahiri, announced Monday by the United States, brings some closure to Kenyans and Tanzanians who remember the 1998 embassy attacks, as well as diplomats who recall the terrorist bombings in Nairobi and Dar es Salaam that claimed 224 lives.

“I am thinking of the survivors and the families of the victims,” said Linda Thomas-Greenfield, the U.S. ambassador to the United Nations, ahead of her own trip to the African continent this week. “Grateful to all those who made this mission a success.”

Al-Zawahiri was killed in a U.S. drone strike in Kabul, according to statements from the U.S. government.

“The world is a safer place following the death of Zawahiri, and the United States will continue to act resolutely against those who would threaten our country, our people, or our allies and partners,” said the U.S. Department of State.

The 71-year-old Al-Zawahiri, a native of Egypt, was one of two remaining suspects pursued in connection with the bombings, according to the U.S. Federal Bureau of Investigation. The other is Saif Al-Adel, who many analysts believe will now take leadership of al-Qaeda following Al-Zawahiri’s death.

More than 20 people were charged in connection with the bombings, including the late Osama Bin Laden and Muhammad Atef, also the mastermind behind the September 11, 2001 attacks in the U.S.