Home>Finance & Economics>China defends its African finance role after U.S. 'debt trap' comments
By AT editor - 7 August 2022 at 2:13 am 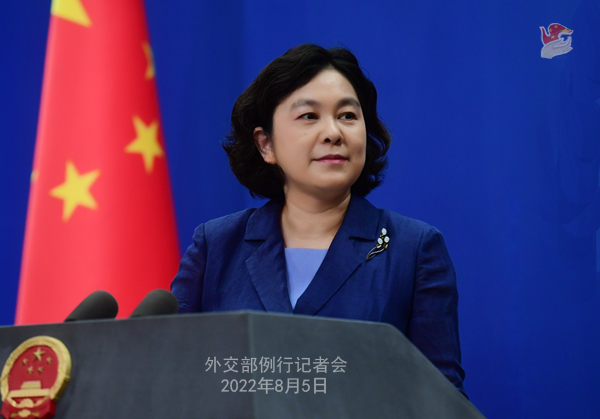 As the United States steps up its diplomatic efforts in Africa ahead of a December leaders summit, China is pushing back against claims of Chinese “debt traps” for African nations made by Linda Thomas-Greenfield, the U.S. ambassador to the United Nations, during her African tour on food security.

Thomas-Greenfield, who finished with a stop in Cabo Verde at the weekend, said the visit wasn’t meant to compete for influence with China or Russia, but noted that “as you look at what China’s doing in Africa” it’s clear that debt is at the center of the relationships.

The remarks led to a denial from Chinese foreign ministry spokeswoman Hua Chunying, who said the allegations of debt traps are pure fabrications She cited research from both the United Kingdom and China that claims it’s actually Western debt that has a more negative impact on African economic development.

“Numbers don’t lie,” she said. “It is quite self-evident who exactly are creating a debt trap for African countries.”

She also added China’s oft-repeated claim that the bridges, roads, schools and hospitals built or funded by China in African nations demonstrate Beijing’s commitment. “African countries are in the best position to comment on Africa’s cooperation with China,” she noted.

China has provided emergency food aid to Djibouti, Ethiopia, Somalia, and Eritrea, among others, and plans to provide new food aid as the continent struggles with climate impacts and shortages driven by the Russia-Ukraine conflict.

Thomas-Greenfield also visited Ghana and Uganda to focus on food aid to Africans. Her visit ends just as U.S. Secretary of State Antony Blinken begins a trip to South Africa, Rwanda and Democratic Republic of Congo.