Home>Politics & Policy>Kenya tallies the vote with isolated reports of political violence
By AT editor - 9 August 2022 at 10:58 pm 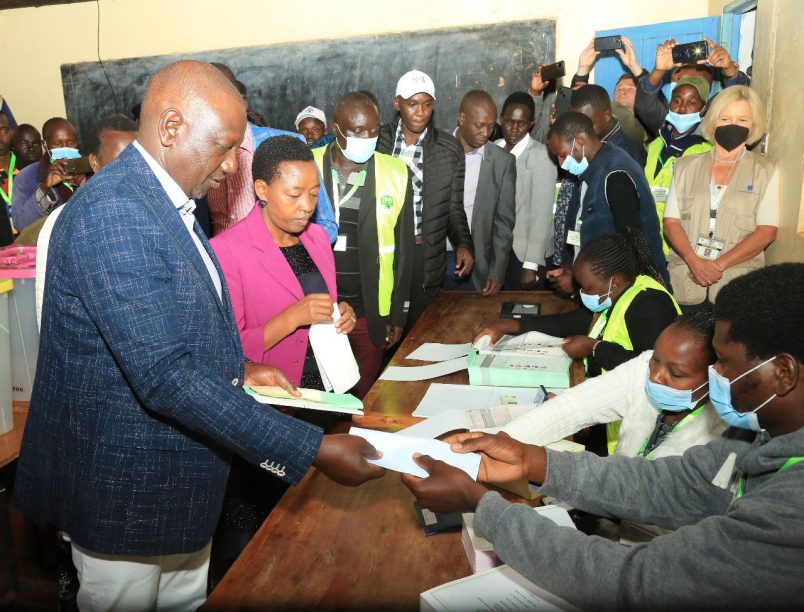 The Independent Electoral and Boundaries Commission (IEBC) said late Tuesday that all polling stations had closed with the exception of a few locations, including parts of Nairobi where a delayed opening kept them open longer. About 80% of polling stations had transmitted results.

Ruto held 47.4% of the vote, with Odinga close behind at 46.5%. Two other candidates, David Mwaure Waihiga and George Wajackoyah, had together received 1% of the vote. Ruto was favored in much of the western part of Kenya, while Odinga was leading in the east and in the far northwest and southwest regions.

The elections in Kenya, where the political violence in past years cast its shadow, appeared to be largely peaceful. The Democratic Action Party of Kenya (DAP-K) said UDA rivals shot at MP candidate Jack Wamboka in Bungoma County, injuring four of his team members.

In a separate incident, MP Didmus Barasa of Kimilili stands accused of the shooting death of Brian Olunga, an aide to his DAP-K opponent Brian Khaemba. Kenyan media reported that Barasa was arrested after a brief manhunt.