Home>News>Ruto announced the winner in Kenya presidential election
By AT editor - 15 August 2022 at 5:22 pm 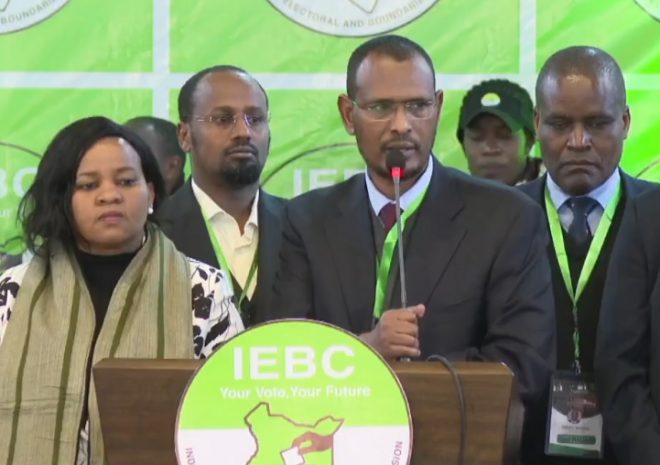 The Independent Electoral and Boundaries Commission (IEBC) announced results on Monday, using the full seven days permitted under law in which to report the results.

They showed Ruto with 50.5% of the vote, while Odinga held 48.9%. A runoff vote would have been needed if no presidential candidate gathers 50% of the vote. Two other candidates, David Mwaure Waihiga and George Wajackoyah, together received less than 1% of the vote.

The long wait for the results became tense, with fights breaking out at the Bomas election tallying center. Live video at the center showed military personnel separating participants ahead of the announcement by IEBC chief Wafula Chebukati.

The elections in Kenya, where the political violence in past years cast its shadow, appeared to be largely peaceful. Ruto was favored in much of the western part of Kenya, while Odinga was leading in the east and in the far northwest and southwest regions. There was no immediate word on whether Odinga planned to challenge the results.

In a separate incident, MP Didmus Barasa of Kimilili stands accused of the shooting death of Brian Olunga, an aide to his DAP-K opponent Brian Khaemba. Barasa turned himself in on Friday, according to Kenya’s National Police Service.