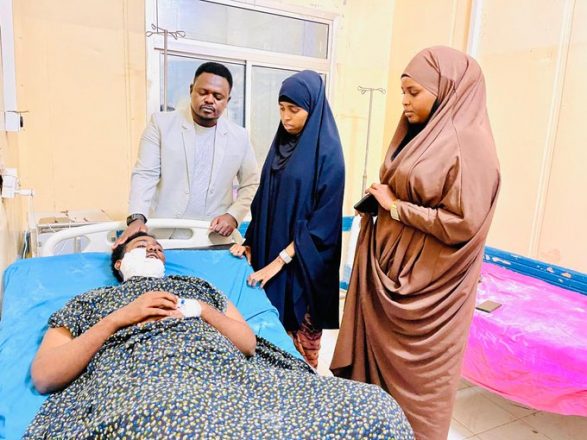 The death toll in Saturday’s attack on the Hayat Hotel in Mogadishu has risen to 21 people, but Somali officials have released few other details about the attack.

Gen. Abdi Hassan Mohamed Hijar, head of Somalia’s police force, confirmed that the 30-hour siege had ended early Sunday and that 106 people were rescued from the hotel, located not far from Aden Adde airport in a southwest part of Mogadishu frequented by international guests.

In a follow-up statement, the police chief offered few additional details about the attack, which began late Friday when armed extremists took over the building and reduced much of it to rubble.

Dr. Mohamed Ahmed Sheikh Ali , Minister of Internal Security, spoke on behalf of the government in a statement released Sunday.

“I share the grief and sorrow of the Somali community in general, especially those who have suffered from the attacks of the Al-Shabaab militia targeting the innocent people,” he said. Al-Shabaab claimed responsibility for the Hayat Hotel standoff.

“I applaud the security forces who sacrificed their lives to save the citizens who were in Hotel Hayat,” he said, adding that the government was doing all it can to ensure security.

Somali media reported that in addition to the 21 dead, another 117 people were injured. Their nationalities remained unknown, but among the injured was Ahmed Omar Nur, a Somali journalist working for M24 television.

The National Union of Somali Journalists (NUSOJ) says it was Somali security forces, not al-Shabaab, that shot Nur in the face on Sunday as he covered the aftermath of the attacks.

“There was no active combat at the time it happened to the journalist, who only carried a TV camera and did not pose any threat to anyone,” said NUSOJ head Omar Faruk Osman, who called for a full inquiry into the incident.