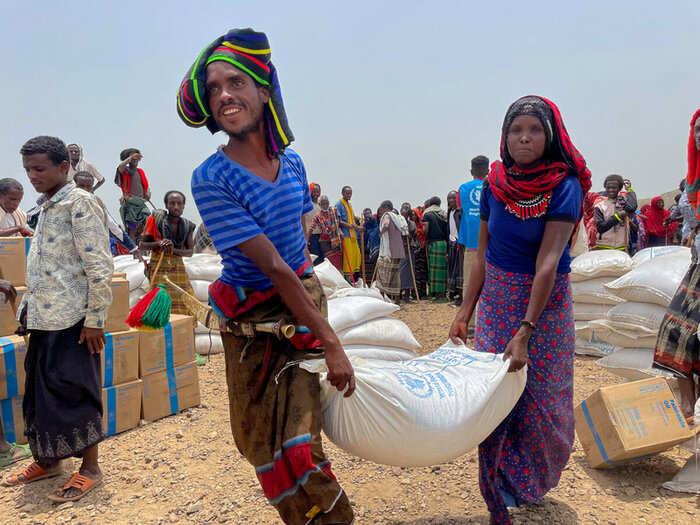 Renewed fighting in the Tigray region of Ethiopia has again disrupted humanitarian aid, including an armed attack and seizure of 12 fuel tankers from a World Food Program site.

The fuel taken from Mekelle amounted to more than a half-million liters, according to a WFP statement issued Thursday. Without it, WFP cannot distribute food, medicine and other supplies needed in a region where 5.2 million people are being pushed “further towards the brink of starvation.”

WFP head David Beasley called the fuel theft outrageous and disgraceful, and demanded that it be returned. But the Tigray regional government said Beasley’s allegation that the Tigray People’s Liberation Front (TPLF) is responsible was an “unhelpful public outburst” and that the “incendiary allegations” were baseless.

Tigray authorities countered the WFP by blaming Beasley for any disruption in humanitarian aid, which has advanced during a five-month truce that began March 24. Tigray further laid the blame on Prime Minister Abiy Ahmed and the Ethiopian government they say is responsible for keeping Tigray in a state of siege since June 2021.

The renewed fighting in Ethiopia, marked by an aircraft from Sudan shot down earlier this week amid claims it was delivering weapons to Tigray, has left international leaders, including United Nations Secretary General António Guterres, frustrated and dismayed.

Guterres called for an end to the fighting, as did Moussa Faki Mahamat, chairman of the African Union Commission. In a statement, the AU head called for “the immediate cessation of hostilities” and urged the parties to connect with AU regional representative Olusegun Obasanjo, the former Nigerian president, to seek a peaceful solution.