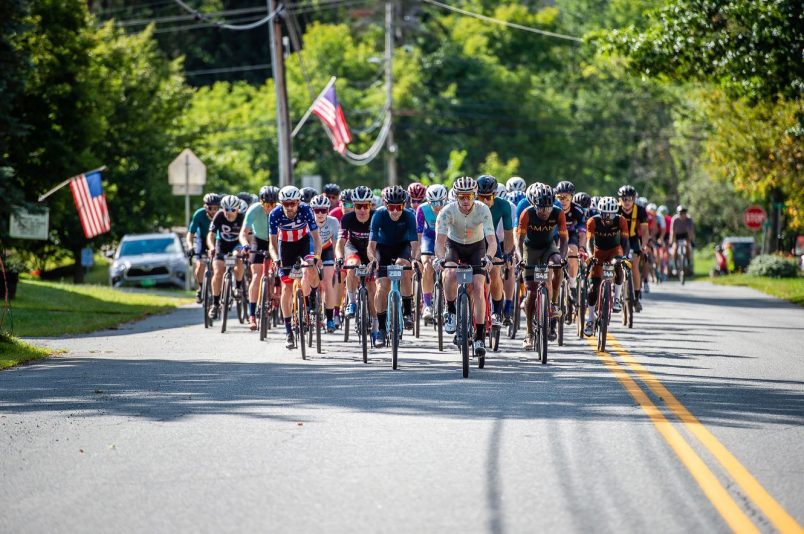 Tributes for Suleiman “Sule” Kangangi have poured in from across the cycling world, on the news that the Kenya native died following an accident during the Vermont Overland race in the United States.

Kangangi’s admirers have posted their memories and condolences on a Go Fund Me page dedicated to support for the cyclist’s surviving wife and children. As of Tuesday night, more than $62,000 had been donated.

“We are completely heartbroken,” said organizers of the 54-mile race. “He was a kind friend and an inspiring and heroic athlete to his teammates and the gravel cycling community at large. We extend our deepest sympathies to his family, his friends, Team Amani, and the people of Kenya who are mourning his loss today.”

Ansel Dickey, the owner at Vermont Overland, said Monday that they’re still trying to piece together how the 33-year-old Kangangi’s accident happened. Teammate and ultimate race winner John Kariuki was ahead of Kangangi with about a two-minute lead, about two hours into the race, with Kangangi on a straight, downhill section of dirt and gravel.

Dickey said there was good visibility and that the road in this stretch of the race, in a community called South Woodstock at about mile 37, was well-maintained. No one saw or heard the crash, but the next rider came upon Kangangi less than a minute later and stopped to give first aid.

“Other riders who descended Long Hill also stopped to render aid,” Dickey added. An ambulance with EMTs then took over his care, but Kangangi succumbed to severe trauma injuries.