Home>News>Humanitarian crisis grows amid Burkina Faso violence
By AT editor - 7 September 2022 at 10:03 pm 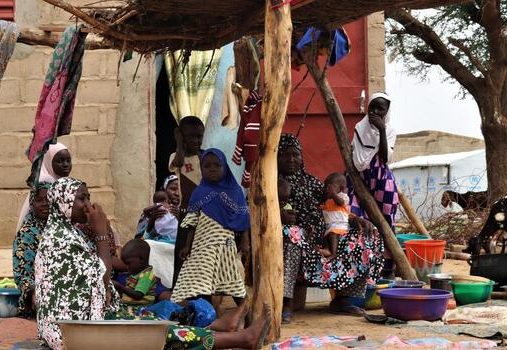 More than 600,000 people in Burkina Faso now face severe food insecurity, with nearly one in 10 people displaced by conflict and in urgent need of assistance.

That’s according to a statement signed by 28 different nonprofit agencies, including Oxfam, the Danish Refugee Council, the International Rescue Committee and World Vision.

“Too often, displacement and hunger come as a one-two punch,” said Hassane Hamadou, the country director for the Norwegian Refugee Council. “People forced to move have left behind their fields and livestock. Many displaced families report being down to one meal a day in order to allow children to eat twice. Recent waves of displacement only heighten the urgency to act.”

The violence has meant that in 2022, more people were forced to flee in the first half of the year than during all of 2021. The displacement crisis in Burkina Faso is one of three that are the fastest growing in the world.

“We now see more and more people forced to flee not from their hometowns, but increasingly from places where they had previously sought refuge,” said Philippe Allard, Director of Humanity and Inclusion in Burkina Faso. “Each new displacement increases their vulnerability, and chips away at their resources and mental health.”

The town of Seytenga, near the border with Niger, hosted over 12,000 displaced people until dozens died during an attack in June. More than 30,000 people left for Dori, a city that had already tripled in size since the start of the crisis.

“These communities are experiencing an exceptionally difficult lean season due to the food crisis resulting, in part, from last year’s catastrophic agricultural season,” said Oxfam Country Director Omer Kabore. “The effects of climate change, mass displacement and the rising global cost of grain products have combined into a perfect storm engulfing over 3.4 million Burkinabè.”