Home>African Future>Elephants rescued from mud caused by drought at Kenyan dam site
By AT editor - 11 September 2022 at 12:01 am 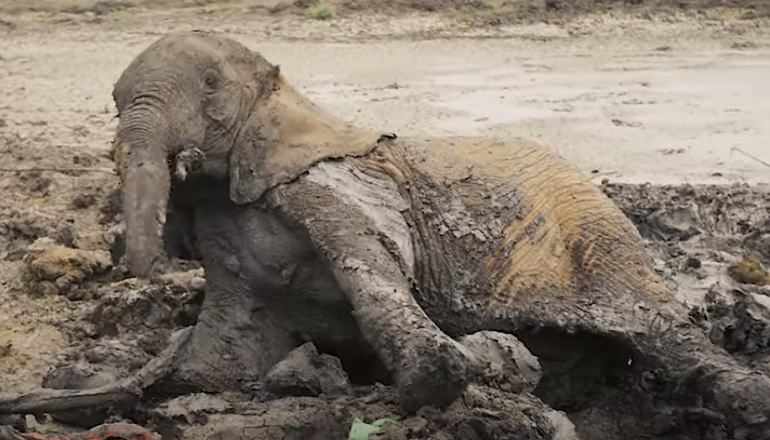 As East Africa faces its ongoing drought challenges, the dwindling resources can sometimes cause unusual impacts to wildlife. That was the case in Kenya last week, when two elephants got stuck in the mud that was left behind as water levels became low at a dam near the Tanzanian border.

“In their quest for water, elephants venture into drying dams,” said the Sheldrick Wildlife Trust in a statement released Sunday. “One slip turns into a treacherous situation, as they become hopelessly stuck in the mud.”

In what the wildlife experts say is an all-too-common scenario, the elephants fall and they can’t propel themselves back into a standing position. “Without help, it turns into a death trap,” they added.

Fortunately, the two elephants were spotted and videotape was sent to Wildlife Works, a community-based conservation company working in Kenya. The Kenya Wildlife Service was dispatched to investigate and Sheldrick Wildlife Trust was contacted for aviation assistance via their helicopter.

One female elephant, believed to be in her teens, was removed once rescue crews were able to dig into the mud and place bands underneath her. She was then pulled out with a vehicle and able to stand on her own four feet.

The second elephant, about eight years old, was even more difficult to remove but she, too, ran off into the bush once the rescuers freed her from the mud.

“As the drought continues to take hold, we will see these scenarios again and again,” the Kenya-based trust said. A similar incident occurred in August and this time, they added, “the team was back in action just a few days later, saving a very special pair from the same muddy trap.”