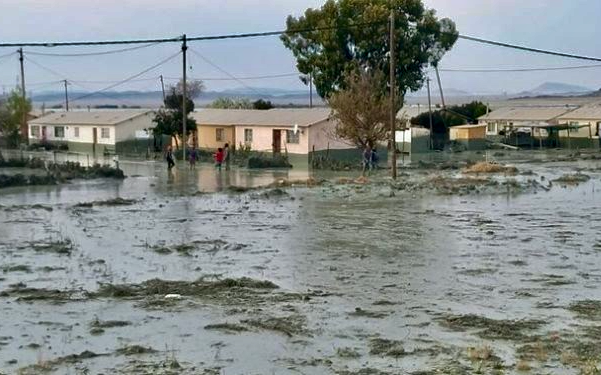 Rescue efforts are under way in South Africa, where a mine tailings dam burst early Sunday and flooded nearby communities.

The ensuing mudslides and deluge from the abandoned diamond mine in Jagersfontein claimed at least three lives with others unaccounted for, according to local media reports. The office of Nkosazana Dlamini Zuma, minister of Cooperative Governance and Traditional Affairs (CoGTA), confirmed damage to homes, property and infrastructure.

“The untold damages in and around the community of Charlesville in Jagersfontein are extensive and have negatively impacted the community,” the CoGTA statement said.

The flooding from the dam failure, which began about 6 a.m., had stopped by late afternoon. Search and rescue efforts continued, with the South African Police Service and other agencies offering aid. The National Disaster Management Centre was activated to help coordinate the response.

“The injured persons have been provided with on-scene emergency medical care and are being transported to local hospitals,” CoGTA said. “Assessments are underway to identify and account for all residents of the affected area.”

The tailings dam has come under past scrutiny for its environmental impacts and potential stability. It officially closed in 1969 but had operated for decades as an open pit mine after its discovery in the late 1800s, according to a 2013 biodiversity assessment prepared for Jagersfontein Developments Ltd. The firm bought the mine site in 2010.

The company has acknowledged the accident and promised a full investigation.