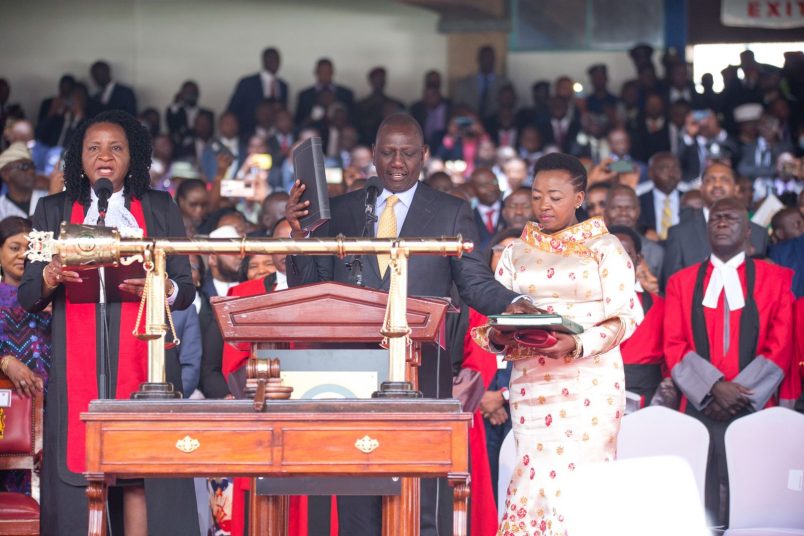 President William Ruto has taken office in Kenya, following a swearing-in ceremony at the Moi International Sports Centre in Nairobi.

Ruto, the United Democratic Alliance (UDA) candidate declared winner over Raila Odinga following last month’s contentious election, promised to be the leader of all Kenyans and work toward their economic well-being during his address.

However, his main focus remained on economic development including job creation and a welcoming environment to attract investors.

The swearing-in ceremony drew thousands of people to the stadium and remained peaceful, although a number of people were reportedly injured as the crowds pressed towards the entrances for the ceremony. There were no reports of fatalities, according to local media accounts.

Outgoing president Uhuru Kenyatta delivered his own farewell address following a meeting with Ruto on Monday, thanking “everyone who has walked the talk with me” during the 10 years of his administration.

A number of African leaders were on hand for Ruto’s ceremony and met with the new president during their Nairobi visit. They included President Felix Tshisekedi of Democratic Republic of the Congo, Tanzanian President Samia Suluhu, and President Filipe Nyusi of Mozambique.