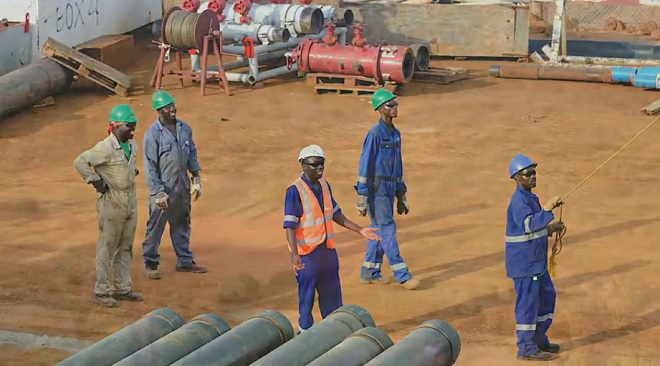 The governments of Uganda and Tanzania are pushing back against a resolution, passed by the European Union, that calls for environmental and human rights protections as the two nations develop the East African Crude Oil Pipeline (EACOP).

The European Parliament resolution warns that the project threatens wetlands and water resources, along with the livelihoods of “farmers, fisherfolk and tourism business owners” who depend upon natural resources in the region.

The EACOP, with investment from oil major Total and the China National Offshore Oil Corporation, is expected to impact 118,000 people as it stretches from Lake Albert to the Tanzanian port city of Tanga.

“The risks and impacts caused by the oil fields and pipeline infrastructure development are already reported to be immense, and have been exhaustively documented in numerous community-based impact assessments and independent expert studies,” said the resolution, which passed on Thursday.

But Uganda’s Thomas Tayebwa, deputy speaker for parliament, called out the EU for its excessive reliance on fossil fuels when compared with his own nation, and called the EU position “economic sabotage” against the right of a sovereign nation to benefit from its own oil and gas sector.

President Yoweri Museveni followed with reassurances that the project will move forward as planned.

“We should remember that Total Energies convinced me about the Pipeline idea; if they choose to listen to the EU Parliament, we shall find someone else to work with,” Museveni warned. “Either way, we shall have our oil coming out by 2025 as planned.”

In a statement to local media outlet The Citizen, Tanzanian energy minister January Makamba echoed the Ugandan commitment to move forward with the EACOP plan.