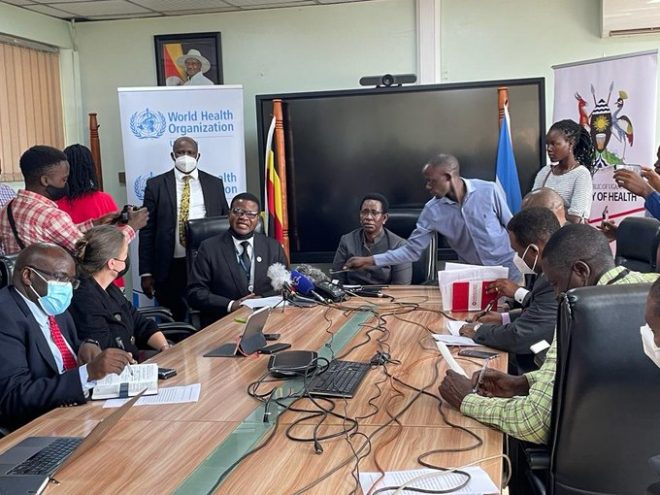 Officials in Uganda say the death toll has risen to 23 people, following confirmation of an Ebola virus outbreak in the village of Ngabano, in the Mubende district of the country’s central region.

Currently there are 36 cases under investigation, 18 of them confirmed and 18 of them probable cases. The Ebola spread has now reached the Kyegegwa and Kassanda districts as well, according to the World Health Organization (WHO). Three of the cases are in Kyegegwa and one is in Kassanda.

On September 20, the Uganda Virus Research Institute confirmed that a 24-year-old male was positive for the Ebola-Sudan strain and had died from the virus. Officials are now following 223 contacts of those diagnosed with the virus.

WHO officials say it’s the first time the Sudan strain has appeared in Uganda since 2012. They’ve noticed that people connected with a local gold mine are affected.

“Mobility among traders of this commodity is likely to be high, and the declaration of the outbreak may cause some miners already incubating the disease to flee,” said WHO in a statement issued Monday. “The currently affected Mubende district has no international borders. Nevertheless, the risk of international spread cannot be ruled out due to the active cross-border population movement.”

WHO cautions that although the Ervebo vaccine has proven effective against recent outbreaks of the Zaire strain of the virus, it’s not expected to protect against the Sudan strain. A second, two-dose Ebola vaccine may work but has not been tested.