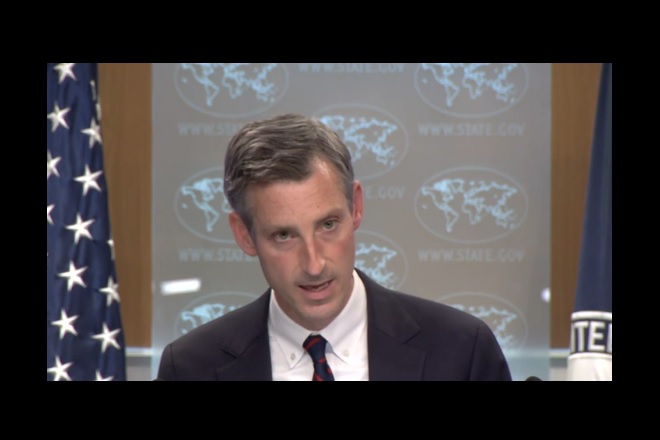 The United States has again urged the Ethiopian government and Tigray leaders to negotiate a peace deal, while insisting that Eritrea needs to step away from fueling conflict in the northern Ethiopian region.

Ned Price, spokesman for the U.S. Department of State, said Tuesday that the U.S. does not favor either side and denied ongoing sentiment in Ethiopia that the U.S. supports the Tigrayan People’s Liberation Front (TPLF).

“We are doing everything we can to see to it that the African Union through its diplomatic efforts is successful in bringing a halt to the violence, which in turn would allow humanitarian access to parts of northern Ethiopia and once again bring levels of opportunity for all of the people of Ethiopia,” said Price.

Asked about the African Growth and Opportunity Act (AGOA), under which African nations may be eligible for preferred trade status with the U.S., Price acknowledged that Ethiopia’s exclusion may present economic hardships but said officials had no choice but to suspend Ethiopia last year because of AGOA’s legislative language and provisions.

“Of course, we want to see to it that the conditions that led to that suspension are reversed,” Price said. “We would love to be able to re-engage with Ethiopia under AGOA knowing the tremendous economic opportunity that it has brought not only to Ethiopia in the past but to other parts of the continent as well.”

Price also urged Eritrean authorities to “withdraw to their borders immediately” and called on Asmara and others in the region to stop interfering in the Ethiopian conflict.

Fighting in Ethiopia resumed again in August following a humanitarian aid truce in March. At least 3,071 civilians have died in the fighting, according to the most recent Ghent University statistics on well-documented incidents, but that doesn’t include people who have died from starvation and other causes. The actual toll is believed to be much higher.